READY FOR THE ROAD

One watch, two possibilities. This is what is on offer from Tissot with a protean watch that can be worn on the wrist or placed on the dashboard of an A110 car.

Since the rebirth of Alpine and its flagship model, the A110, Tissot has been releasing limited-edition watches in the colours of this star of the world of sports cars through a partnership that began in the 1970s. A new and highly original timepiece was launched at the recent Paris Motor Show. It is clear from the off that the On Board Automatic is a sports-style watch. To add to this impression, some elements have been borrowed from the PRS 516 chronograph, a reference model for Tissot: the rectangular, lume-coated hands, the piston-shaped monopushers and the perforated leather strap. The watch is completed by two counters in bicompax position and the date displayed at 6 o’clock. The Alpine blue is very much in evidence, as is the logo of the French carmaker present as a counterweight on the central second hand. 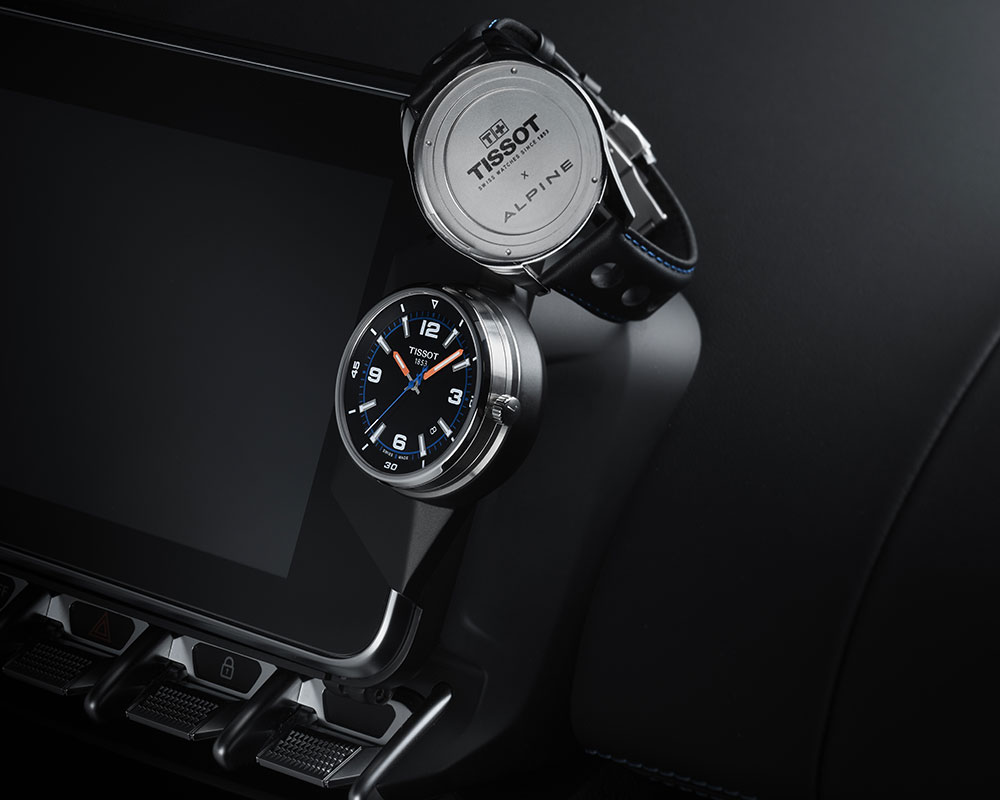 The watch is driven by an automatic movement. The Valjoux A05.H31 provides 60 hours of power reserve once fully wound. The three-hand version, powered by a quartz calibre and on offer at an attractive price, can also move from the wrist to the dashboard.