PORTRAIT OF A WATCHMAKING SUCCESS

The Fifty-Eight, the latest addition to the Black Bay collection, takes inspiration from the first timepiece that was watertight down to 200m made by Tudor for the design, and a new movement developed by the brand, for the mechanism.

True sagas never die but expand over time. This is perhaps the case for the Black Bay range, which is both a commercial success and an easily identifiable collection. To the already existing watches has been added the Black Bay Fifty-Eight model presented by Tudor at BaselWorld 2018. 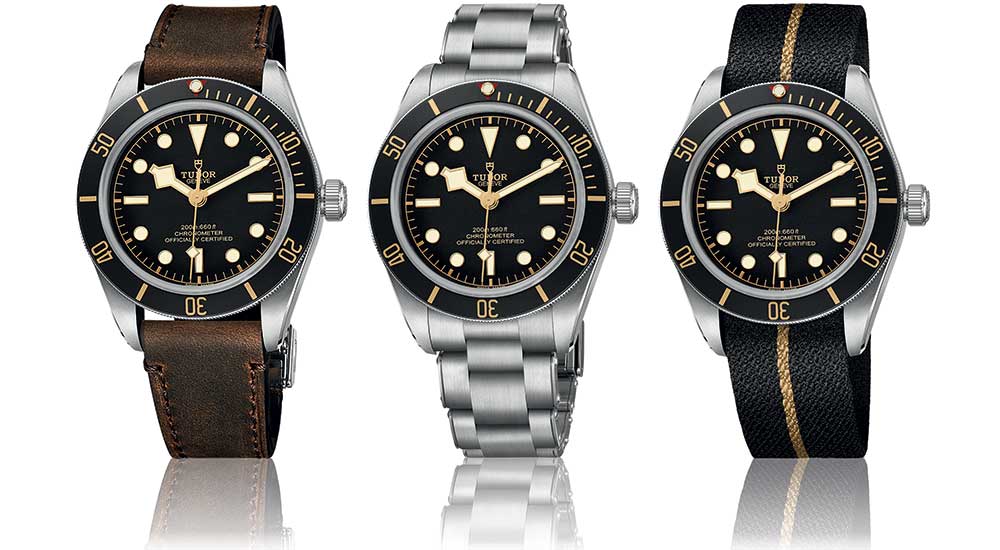 Slimmer and smaller than its predecessors, this watch is inspired by the reference 7924, also known as the “Big Crown”, the first diver’s watch that was watertight down to 200m. Launched by Tudor in 1958, it was produced in small numbers, so that today it is highly sought after by collectors (prices range from $40,000 to $60,000). From this famous diver’s watch, the Black Bay Fifty-Eight has taken a few aesthetic features – the geometric shapes of the indices on the black curved dial, the red triangular and luminescent mark on the revolving steel bezel, with an aluminium ring made of anodised matt aluminium, and the gilded touches here and there, especially on the minute scale around the edge of the dial. The “snowflake” hour, minute and second hands are a variation on the square-shaped hands that were first introduced in 1969.

The steel case of this Tudor measures 39mm and is watertight down to 200m (of course!). It houses a new automatic movement, the calibre MT5402, specially designed for medium-sized watches. The mechanism is equipped with a silicon spiral and is certified as a chronometer by the COSC – a guarantee of precision, reliability and robustness – and provides a power reserve of 70 hours.