The final of the Blancpain GT Series Europe and the Blancpain GT Sports Club was held at the Circuit de Barcelona-Catalunya on October 1st. This last European venue of the year hosted other renowned competitions and the number of cars competing had never been so high, with a record-breaking 168 vehicles.

After a solid performance and despite their third position after three hours of racing in Barcelona, Mirko Bortolotti and Christian Engelhart from the Grasser Racing Team #63 Lamborghini Huracán GT3 were crowned the new 2017 Blancpain GT Series 2017 champions. Together with Andrea Caldarelli, they also took the driver’s Endurance Cup.

The winners of the last round of the 2017 Blancpain GT Series season in Barcelona were Felix Serralles, Tristan Vautier and Dani Juncadella of the AKKA ASP #88 Mercedes-AMG GT3 team, which narrowly beat the Team WRT #17 Audi R8 LMS.

Grasser Racing Team took the Blancpain GT Series team title in their Lamborghini Huracán GT3, while Bentley Team M-Sport claimed the Endurance Cup team’s title, a consolation for the trio Andy Soucek, Maxime Soulet and Vincent Abril. The latter had managed to gain a dozen positions in the opening stint, but halfway through the race and after a three-way fight with a BMW and a Jaguar, the Bentley gearbox was damaged and the driver had to park the car, thus putting an end to any hopes of winning the championship. 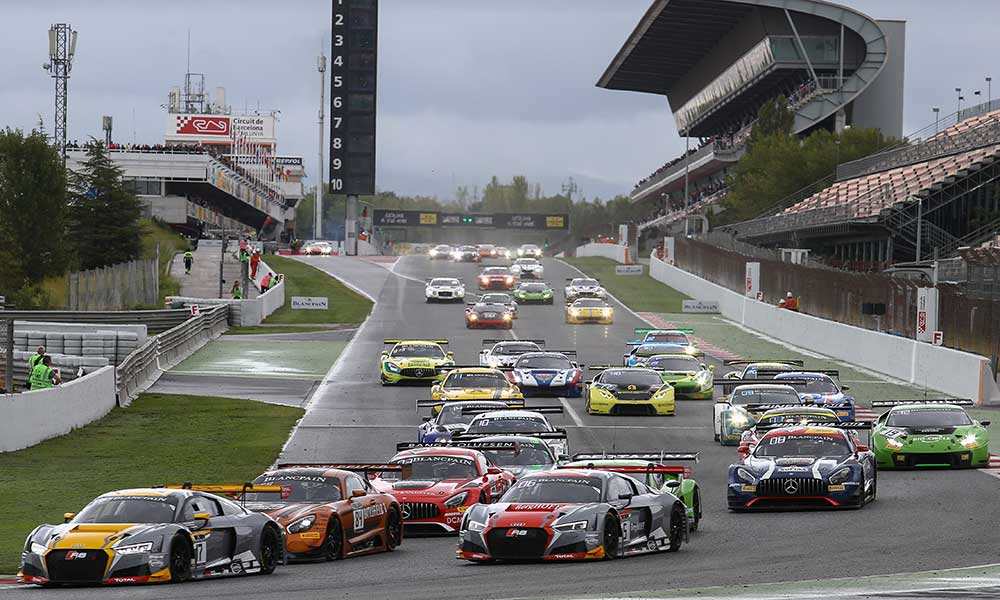 Blancpain and the world of Motorsport

The last round of the Blancpain GT Series Asia will take place from October 13th to 15th on the Zheijang circuit in China, which marks the closing of the 2017 Blancpain Motorsport season.

All the winners of the 2017 Blancpain GT Series Championships will travel to Paris on Friday November 24th for the official prize-giving ceremony. They will also be officially presented with an L-evolution Flyback Chronograph watch specially engraved for this occasion.