The Fleurier watchmaker based in Val-de-Travers at the top of Neuchâtel has unveiled a gold version of the collection launched in 2015.

1930s Europe and America was a golden age in several industries. The interwar period was a time for post-war reconstruction and innovation despite the Wall Street Crash in 1929. The Roaring Twenties were in full swing in France and sparked a wealth of creativity and artistry. Transport, especially personal transport, underwent an unprecedented boom in the car and aviation sectors. Watchmaking changed too. Watches gradually moved from the pocket to the wrist; they got smaller, housed new complications and this primarily aesthetic modification is what the collection 19Thirty by Bovet is based on.

The Fleurier-based brand in the Neuchâtel canton brought out a steel watch collection last year. Now the range has been given a rose gold case and engine-turned dial to elevate its precious side. 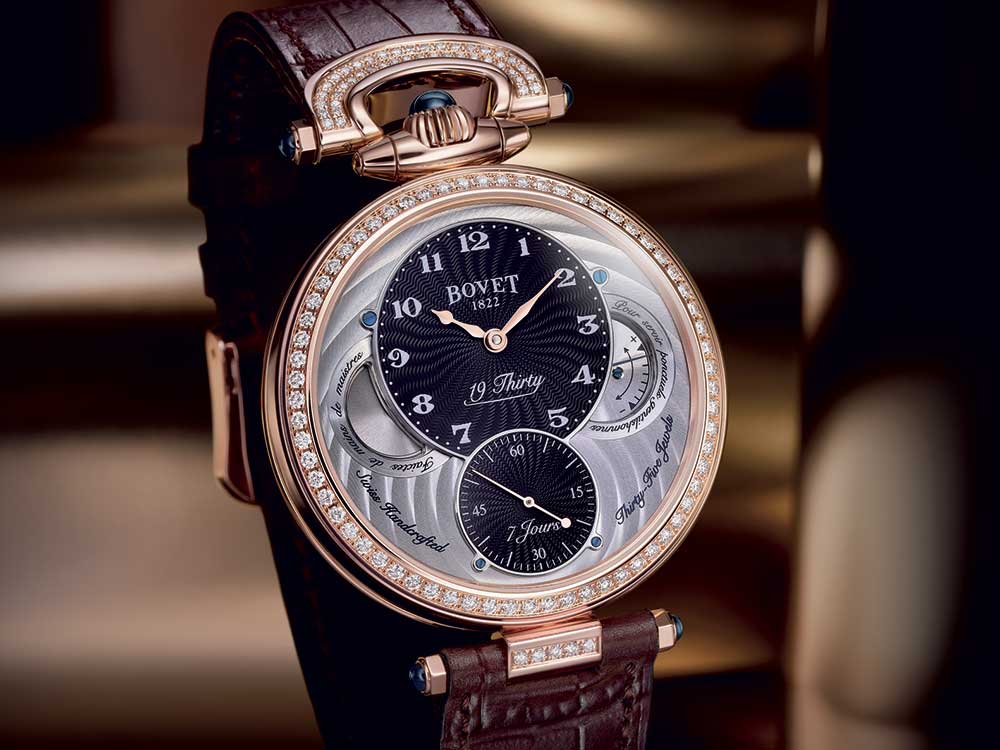 The new 19Thirty comes in three dial colours (blue, black or brown) bearing an hour rim with a choice of three fonts (Arabic, Roman or Chinese numerals) to perfectly match the rose gold glow. Two different sized engine-turned discs coated in colourful translucent enamel seem to softly clash. The biggest at 12 features the hours and minutes with two gold Foundation-style hands and the smallest at 6 has the small seconds counter with a hand topped with gold dot. The power reserve indicator lies at 3.