JOLLY ROGER IS BACK!

Almost ten years after its first Memento Mori watch, the Parisian brand returns with a skull this time featuring unusual animation, bringing a smile to the Jolly Roger.

Introduced at the Couture Show in Las Vegas, which took place from 31 May to 4 June, the limited edition BR 01 Laughing Skull has joined the collection of skull watches launched by Bell & Ross in 2009. This was the year that the Parisian brand, in defiance of fashion, designed its first watch displaying its famous skull on the dial. Later, several other models were produced with a tourbillon (2011), a bronze case (2015) or an engraved and lacquered case (2016). The BR 01 Laughing Skull, however, has a little twist helping it to stand out from its predecessors: here the Jolly Roger comes to life. It opens and closes its jaw in a silent grin when the user winds the watch with the crown. 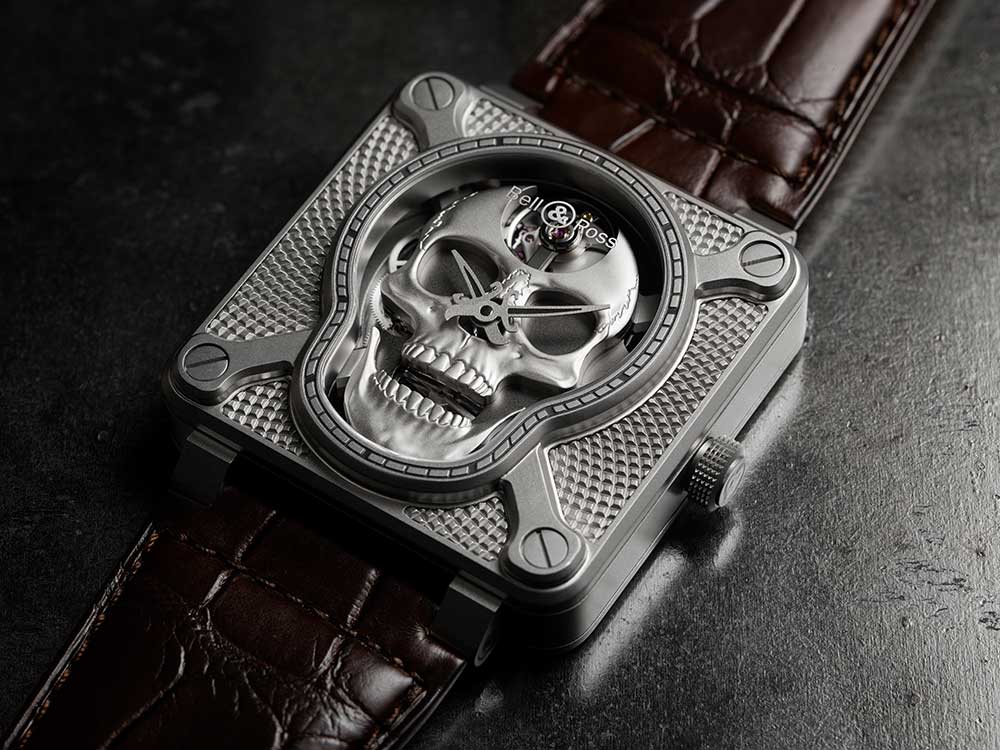 The open-work dial features the metallic Jolly Roger design made using the stamping technique. The forehead reveals the escapement, accentuating the living aspect of the grinning skull. In the nose area, two sword-shaped hands coated in black Super-LumiNova® display the hours and minutes.

500 pieces of this new watch by Bell & Ross have been made. It is also available with a bezel set with diamonds or a case covered in jewels, two models each limited to 99 pieces.