When the magic of the tourbillon and the mystery movement meet the art of skeletonising, Cartier puts high-level watchmaking majestically on display.

In 2013, Cartier introduced the Rotonde Mysterious Double Tourbillon. The strength of this exceptional piece was to enhance the mystery movement so dear to the brand by including a double tourbillon. The mechanism made to compensate for the effects of gravity seemed to be in a state of weightlessness during its double revolution. In concrete terms, the tourbillon cage turned on itself once every 60 seconds, and at the same time the sapphire discs where the cage was placed turned once every 5 minutes. 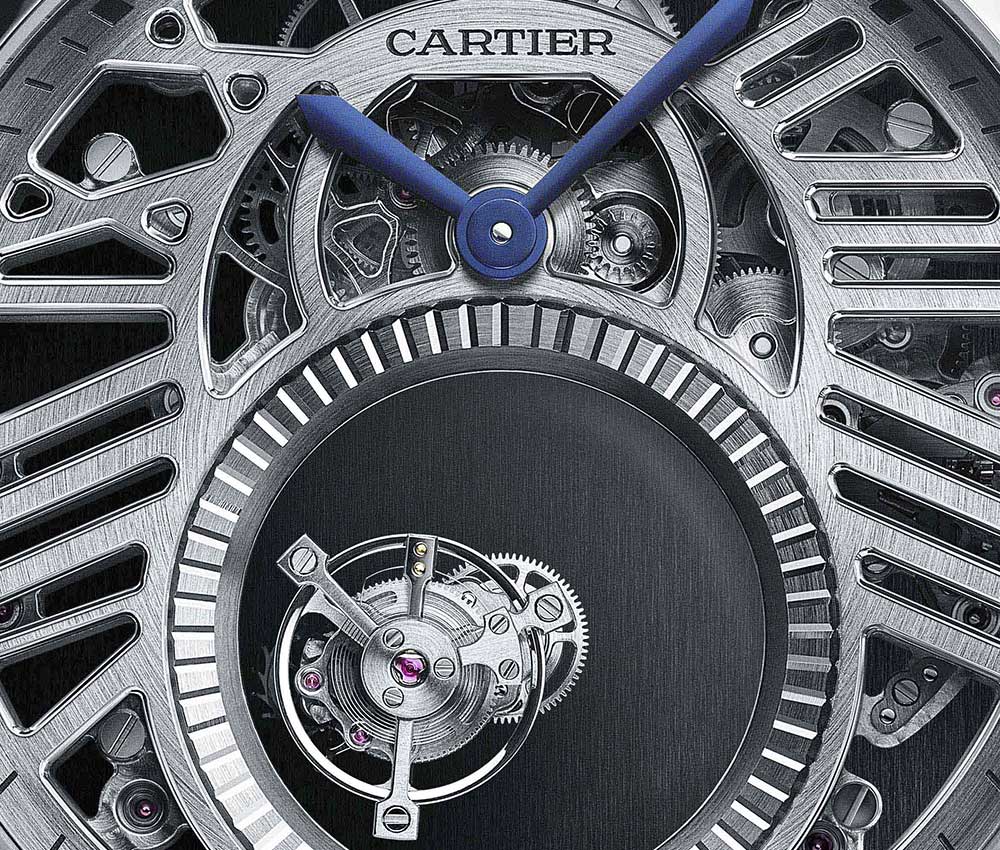 In a preview piece for the SIHH (Salon de la Haute Horlogerie in Geneva from 15 to 19 January 2018), the mechanism has been combined with another feature: skeletonising. The Rotonde Skeleton Mysterious Double Tourbillon stands out through its highly graphic openwork structure with bridges in the shape of Roman numerals in the pure stylistic tradition of Cartier. Other elements, such as the blued sword-style hands and the pearled crown topped with a cabochon, also evoke the signature features of the Parisian brand.

The calibre 9465MC and its 286 components lie behind this clearly visible architecture. The hand-wound movement provides 52 hours of power reserve. It is housed in a generous 45mm platinum case, associated with an elegant navy-blue alligator strap with a grey-gold folding clasp.

The Rotonde Skeleton Mysterious Double Tourbillon by Cartier, with the prestigious Geneva Seal, comes in a limited edition of 30 pieces.