Marking the end of 2016, the Parisian maison draws on its invaluable expertise to introduce a luxury watch laced with rubies and diamonds.

In India, the raspberry pink to very nearly brown burgundy corundum, or ruby, is considered the “king of precious gems”. Its occasionally fiery orange hue evokes an inextinguishable flame and the crimson red “blood of Christ” closely associated with Catholicism. Love, loyalty, passion…its symbolic significance is as far-reaching as its palette of colours is extensive. Cartier has had a soft spot for the ruby since the start of the 20th century, crafting dazzling corundum adornments for maharajas and a royal ruby tiara for the sublime Princess Grace of Monaco (1929-1982) to creating today’s sumptuous Trait d’Eclat timepiece. 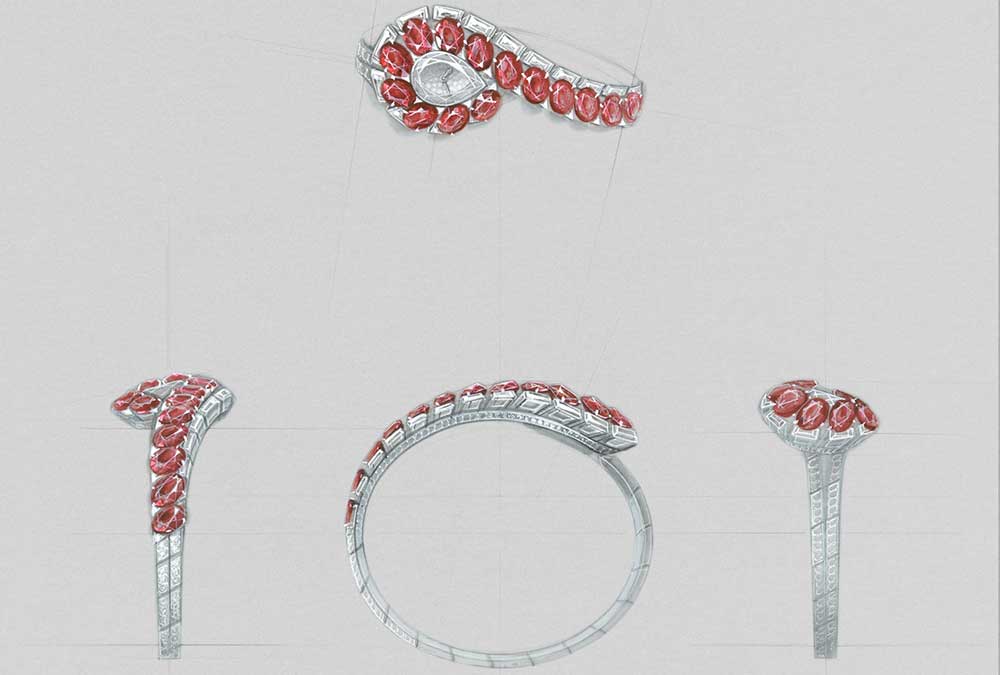 Bridging the gap between a bracelet and a secret watch, the Trait d’Eclat crimson ribbon of rubies encircles the wrist in a loving embrace. Fifteen red oval-cut Mozambique rubies, totalling 24.93 carats, trace out a number 6 in a looping flourish that is almost calligraphic in form. Sinuous rectangular baguette diamonds wind around this band of burgundy gems to complement the numeral, all supported by a flexible white gold bracelet swathed in additional diamonds.

The coiling lace of rubies and diamonds enfold the dainty teardrop watchcase. And, resembling a pear-shaped diamond itself, the faceted crystal protects the diamond-sheathed dial. Two black sword hands in the centre discreetly display the time, powered by manually wound Calibre 101 mechanical movement.