Our calendar principles are founded on astronomical observations: a year defines the time that the Earth takes to revolve around the sun; a month is the time it takes the moon to turn around the Earth and a day the time for the Earth to rotate around its own axis. Yet, nothing is as straightforward as it seems. The Earth does not actually make a complete orbit around the sun in 365 days but, more precisely, in 365 days, 5 hours, 48 minutes and 45 seconds. This variation, which distinguishes civil time from astronomical time, led Jules Caesar, back in 46 BCE, to initiate adding an extra day every four years – leap years. His Julian calendar was not totally perfect however as the difference between civil time and astronomical time totalled slightly less than four days after 400 years. And, this is why the Gregorian calendar came into being in 1582: it deducts three days every four centuries, simply by replacing three leap years by three ordinary years. These are the famous exceptions of the current Gregorian calendar (1700, 1800, 1900, 2100, 2200, 2300). 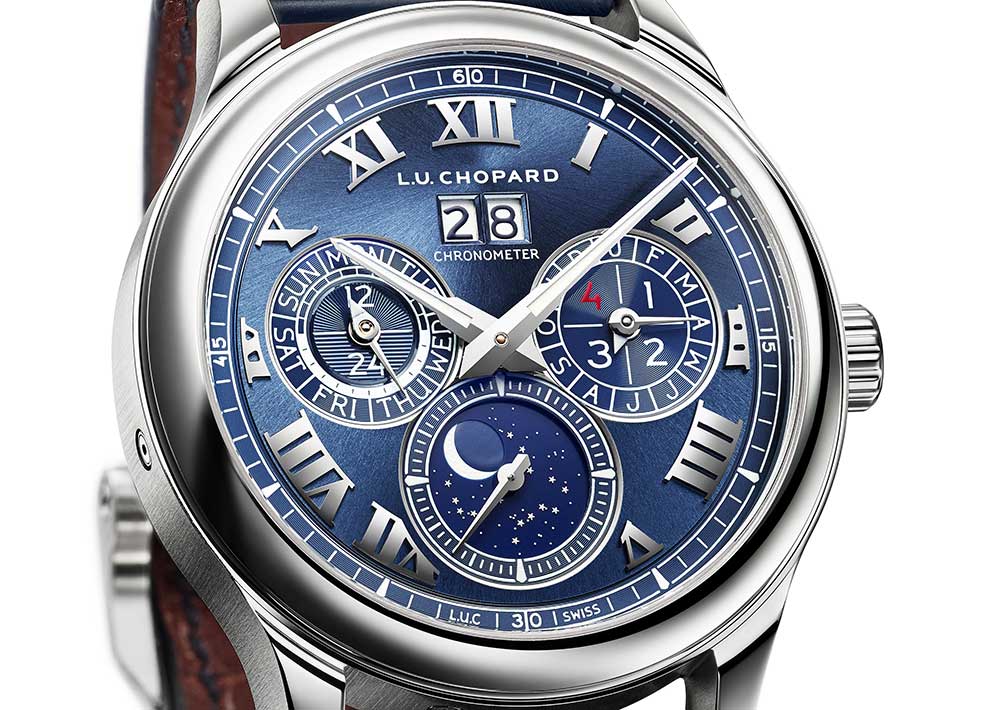 It is easy to imagine then that these dating chinks have given watchmakers quite a few nail-biting moments over the years. Dates began to feature on pocket watches fairly early on – well before the minute and second hands. From the end of the 16th century, astronomical watches principally displayed the date, the day and the month. These calendars were, however, “simple” ones that had to be manually adjusted after each month containing less than 31 days. It was only at the end of the 18th century that calendars, referred to as “perpetual”, were developed, i.e. which took the varying length of months and the leap-year cycle into account.

Even nowadays, this complication is only favoured by a handful of watchmaking firms. Chopard is one of these and, through its L.U.C movement manufacturing facility in Fleurier, strives to create extremely skilfully-crafted calibres. This L.U.C Lunar One, showcased for the first time in 2005, has since become one of the brand’s great classics. Previously proposed in gold, it is now in platinum and retails in a 100-piece limited edition.

Its perpetual calendar hosts a 1,461-day mechanical memory, i.e. a four-year cycle. It does not take into account, however, the Gregorian calendar exceptions. Its mechanism must be manually adjusted, for the first time in 2100. Likewise, its lunar phase is stunningly accurate. It is not just a simple disc that rotates under the dial but a complex interplay of components that provides an exact depiction of the moon as it appears in the sky. It will take some 122 years before this display is offset by a day vis-à-vis the real moon.