The legend of the oceans is back!

Corum was founded in 1955 in La Chaux-de-Fonds, the checkerboard town at the foot of the Jura hills in the Neuchâtel canton. Five years later it designed a watch that’s now a brand icon: Admiral’s Cup. Over time this square watch with a sailboat engraved on the back was redesigned in 1983 (with pennant flags on the dial and a dodecagonal bezel) and again in 2006. This same collection was chosen to celebrate Corum‘s 60th anniversary in 2015 with the unveiling of the Admiral’s Cup Legend 42 Flying Tourbillon. 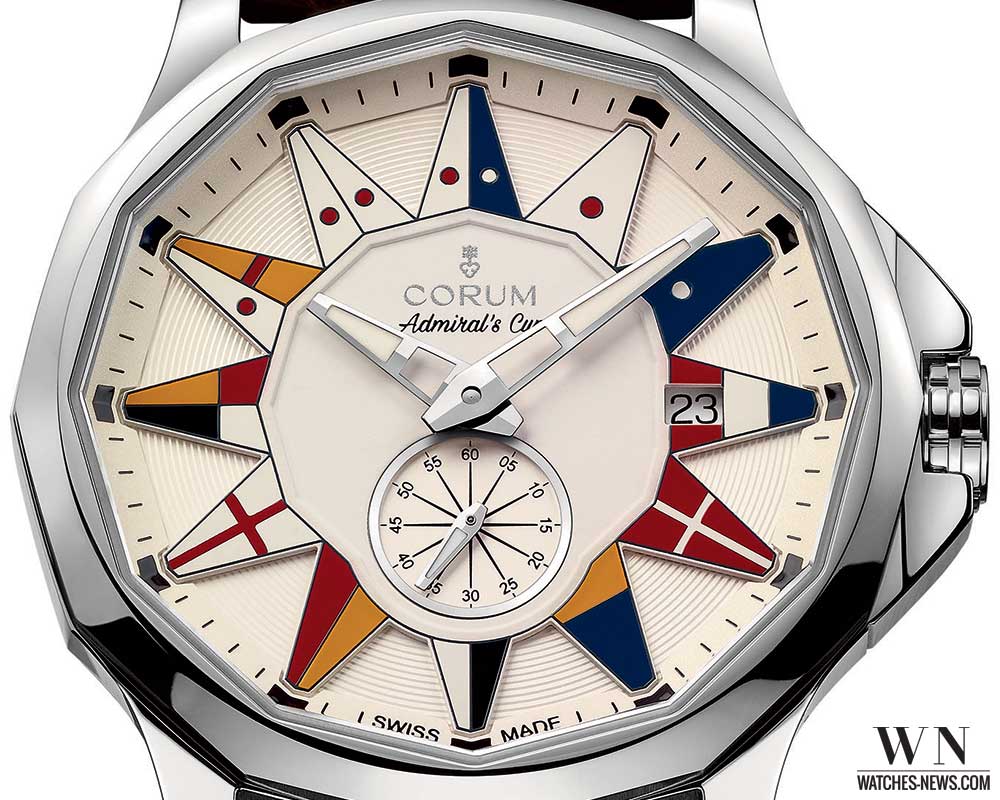 This year the brand has launched a watch with the sporty collection’s signature design: Admiral Legend 42 Automatic. It comes in two dial colours, white ivory and navy, with the same applied pennant time markers painted and placed on a blue background, the famous twelve-sided bezel and geometric shape on the chapter ring. The two silver openwork dauphine-shape hour and minute hands lie in the centre whilst the current seconds appear in a counter off-centre at 6 which brings to mind a ship’s wheel. The date display lies discreetly in a pennant flag at 3.

The 42mm steel case is fuelled by a self-winding CO395 calibre that you can glimpse through the sapphire back. The movement fuels the time and date functions along with the 42-hour power reserve.