This limited edition does everything it can to rise to a double challenge: ensuring precise time information and measuring to 100th of a second.

In its quest for the ultimate precision, Zenith does not cease in offering smart alternatives. The latest to date takes its shape in the 46 mm case of the Defy El Primero Double Tourbillon. The complex mechanical architecture equipped with two independent tourbillons and two chronograph counters can be seen on the dial. The layout gives it an open and futuristic appearance just like the other models in the Defy collection. In addition, the regulating movements also play a major part in the functioning of the watch. The movement at 10 o’clock is coupled with the chronograph measuring and displaying 100th of a second. Operating at the frequency of 50 Hz (360,000 vibrations per hour) with its cage making one complete rotation every 5 seconds, this tourbillon is the fastest in the world. It drives the central second hand at the impressive speed of one sweep of the dial per second. The second tourbillon located at 8 o’clock and regulated at 5 Hz has a cage which performs one rotation per minute. Its function is to regulate the timepiece’s time information. 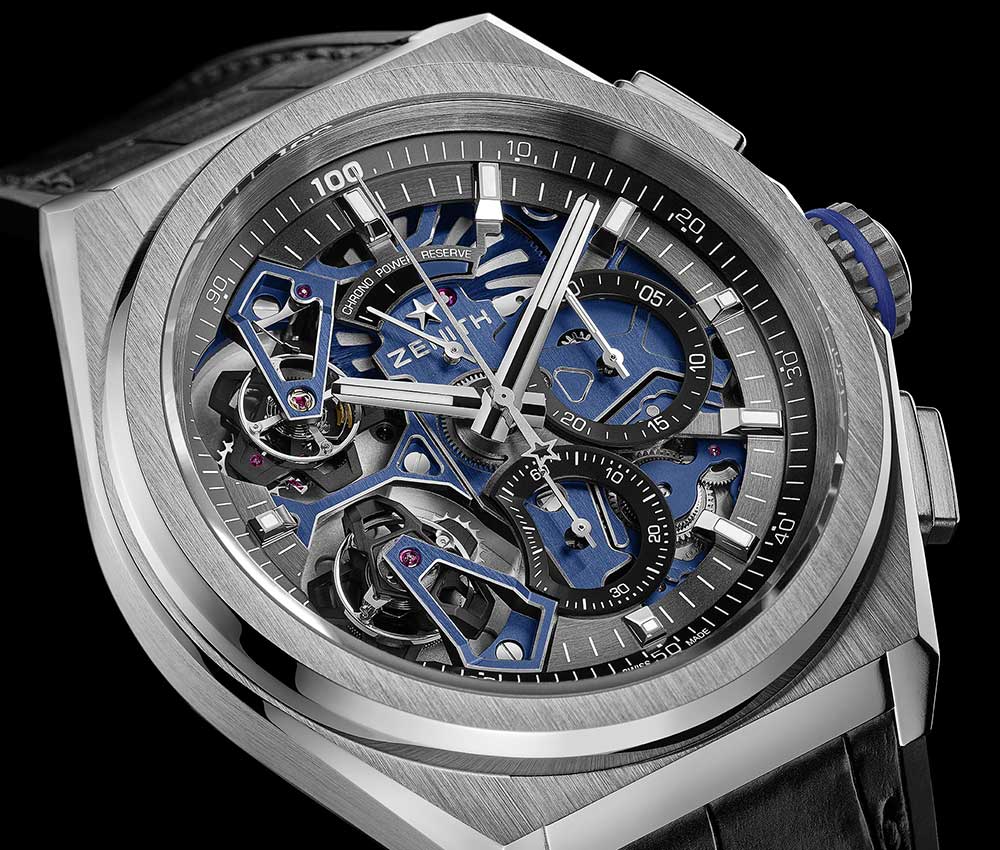