The Heritage Military is a new addition to the collection featuring watches inspired by the history of Longines. A faithful reproduction of the design of a watch worn by members of the Royal Air Force.

Although the Heritage Military watch was shown confidentially to a few retailers and journalists last spring in the cosy atmosphere of the Longines stand at Baselworld, it was only this autumn that we got to see the timepiece “for real”. It joins the Saint-Imier watchmakers’ Heritage collection, including reissues and items inspired by the company’s archives. The new watch has an original history. It all began with an English collector. He was the owner of a 1940s-era watch that had belonged to Stanley Turner (1913-1985), an RAF pilot who was decorated for services during the Second World War. The collector showed the watch to Longines, and the company used it as the inspiration for the reissued Heritage Military. 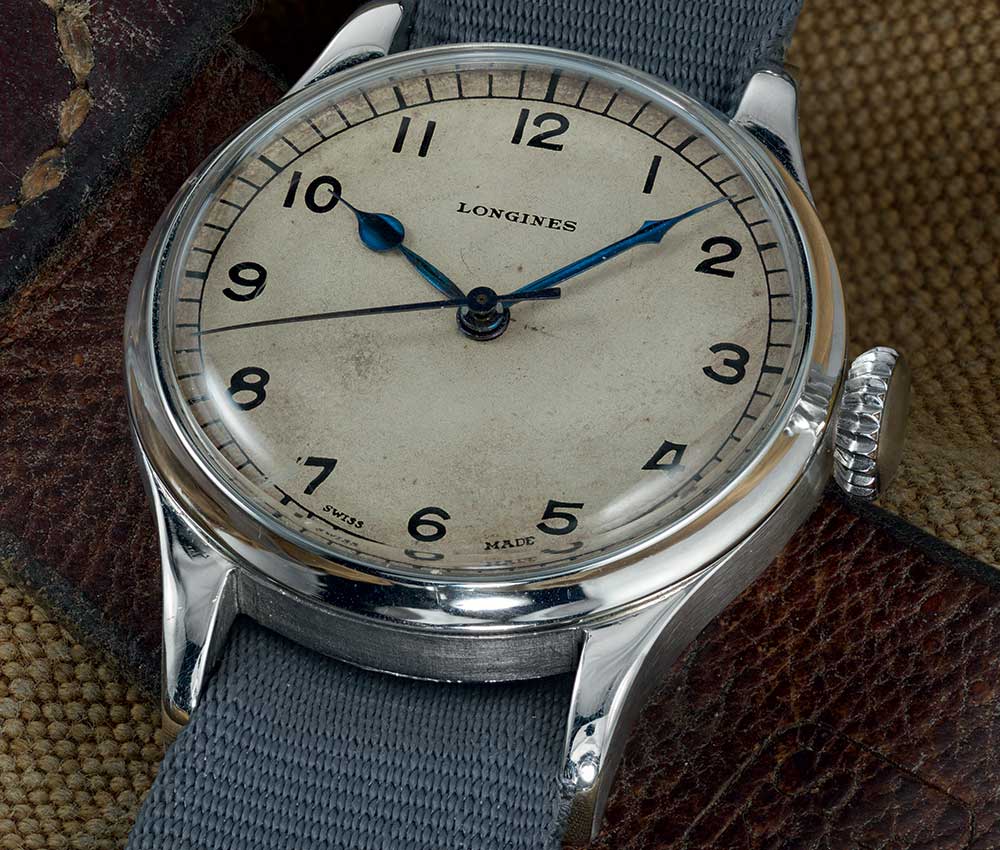 The Heritage Military’s steel case, with a diameter slightly increased from 32.5 to 38.5mm, features a fluted crown and a curved bezel. It is worn with one of two green straps made either of vintage leather or NATO textile.