ELEGANCE OF A (VERY) GREAT CLASSIC

Created in 1978 by the talented designer Henry d’Origny, the iconic Arceau is available in several different sizes, including two large models, one powered by a calibre made by Hermès and the second with a quartz movement.

The unchallenged queen of the Hermès watch collections since the late 1970s, the Arceau watch, created by the Parisian firm’s star designer Henry d’Origny, is one of the rare timepieces that can be instantly recognised on the wrist. The case with its asymmetrical lugs, recalling the world of horse-riding – Hermès was originally a saddle-maker – and the shapes depicting a galloping horse, gently transmitting a sensation of speed, are the Arceau watch’s two main aesthetic features. The watch is also like a creative white canvas for Hermès, with a whole host of different versions, including women’s models or watches designed to celebrate the rare arts and crafts professions chosen by the brand each year for the greater enjoyment of its many fans. 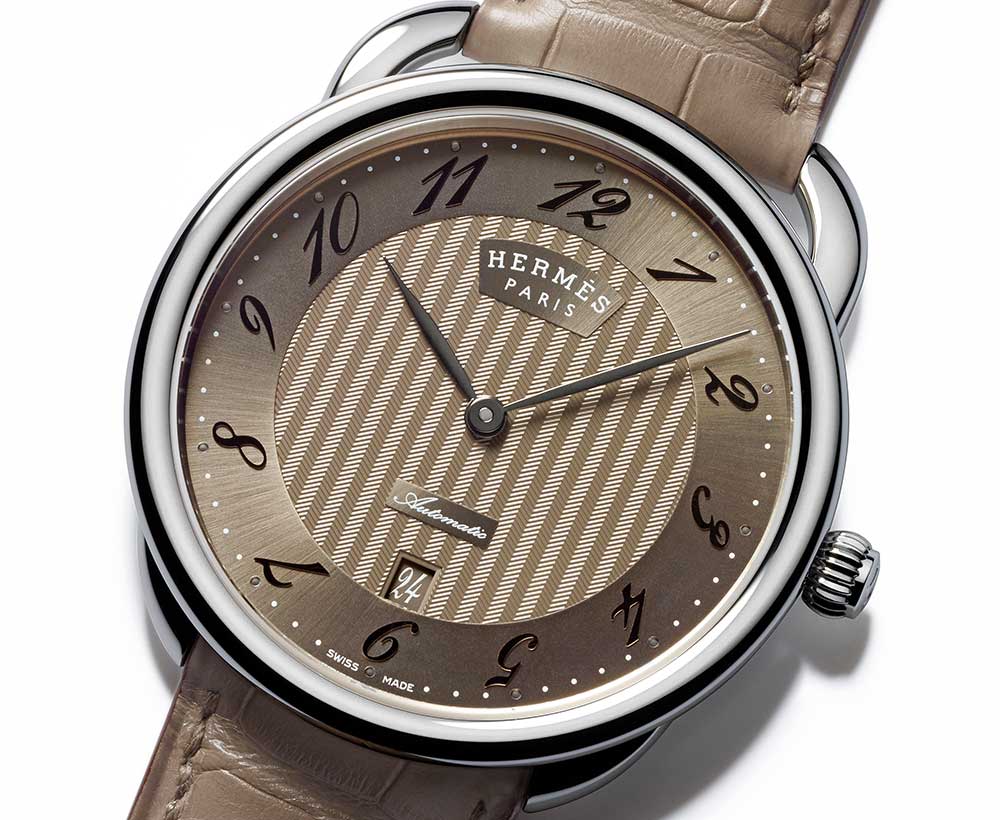 In this early summer, the Parisian company is providing its customers with two new timepieces of a larger size, and both available with a 40mm-wide steel case: the Arceau Très Grand Modèle. While one tenderly evokes awakening nature with its light brown colour, the second is clothed in a dark blue coat like the night.

The hazelnut version of the Arceau Très Grand Modèle watch plays on its different materials. The dial’s central disc features a vertical herringbone and guilloché pattern where the two leaf-shaped hour and minute hands are set, while the embossed hour rim is placed on a sunburst ring. The minute track is made up of tiny dots running round the chapter ring, and the date appears in an open window at 6 o’clock. The different functions are driven by the calibre H1837, a self-winding movement made by Hermès and providing 50 hours of power reserve.

The version with the blue lacquered and sunburst dial has the same elements (hours and minutes at the centre, date at 6 o’clock), but is powered by a Swiss-made quartz mechanism.