Much more than a watch, the Carré H is a designer object, playing with geometric shapes and finishes. The new version gains in elegance and personality.

Have you heard of Marc Berthier? A talented French architect and designer, he is well known for his simple, but striking creations, in particular the famous Tykho radio. Another one of his works has been brought up to date this year by Hermès: the Carré H watch, first launched in 2010. Its name comes from its square (carré in French) shape, measuring 38mm on each side, and featuring a steel case with a polished and shot-peened finish that is now a few millimetres bigger. The angles have been rounded to give the timepiece a more casual style. On the anthracite or black dial, the designer plays on shapes and finishes to add more light. This elegant piece of geometry features two circles. The opaline centre with a guilloché pattern is encircle by a grained hour rim. The outer surface is adorned with a sunburst or opaline finish. A new central second hand with a curved yellow or red counterweight, depending on the version, keeps track of time. The hour and minute hands have been redesigned, while the Arabic numerals display an exclusive typography. This stylised composition provides the watch with a new personality and excellent readability. 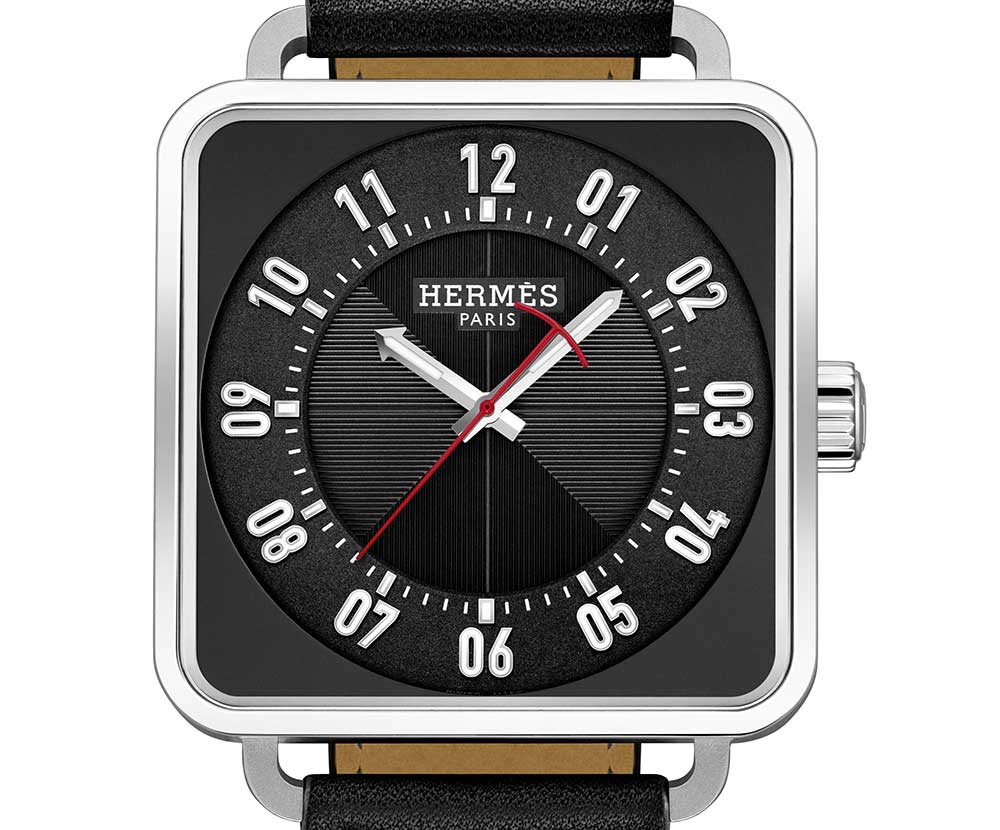 The Carré H model is also now driven by an automatic movement made in the workshops of the Vaucher Manufacture. The calibre H1912 generates a healthy power reserve of 50 hours.

Like all watches made by Hermes, the Carré H is worn with an elegant strap made of natural or black Barenia calfskin with a tang buckle.