“Hublot loves football” is more than just an ad slogan; it encapsulates a real passion for the beautiful game that Hublot have had since becoming the sponsor of the Swiss football team and UEFA EURO 2008TM in 2008. The Nyon-based brand has put its stamp on the pitch and on the wrist with the Big Bang Unico Retrograde Chronograph UEFA EURO 2016TM, a limited edition watch designed especially for its third European tournament (100 available). 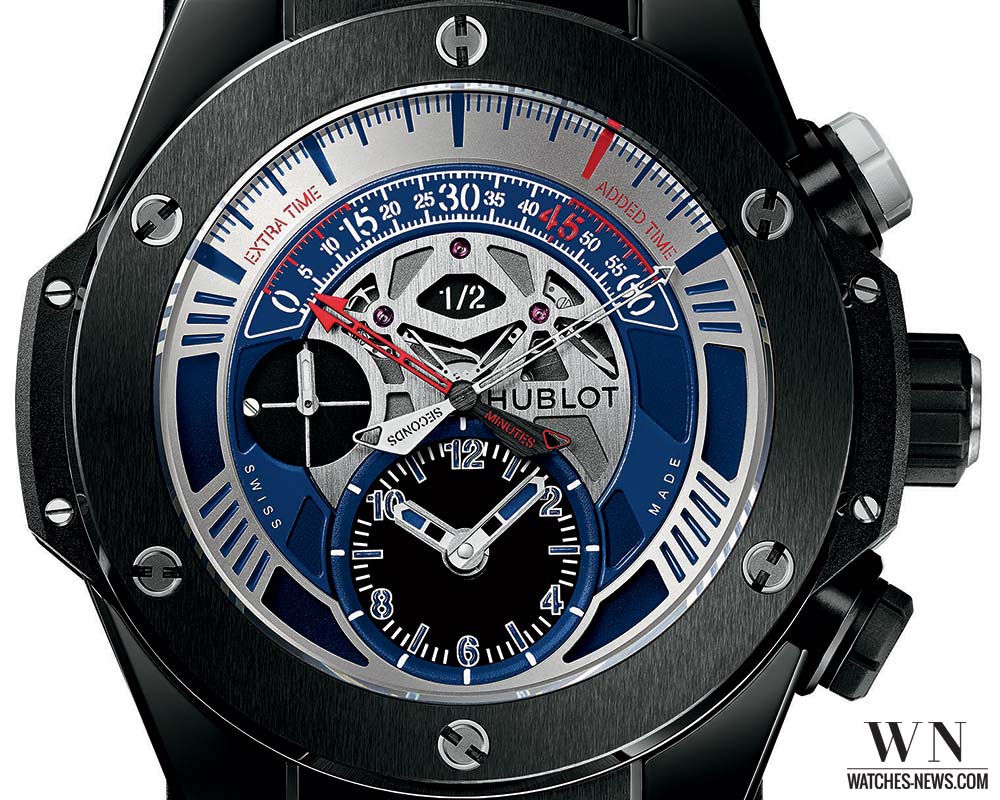 The dial is splashed with the colours of the UEFA EURO 2016TM logo and has several levels. The hours and minutes are off-centre at 6 and the seconds appear at 9 to give pride of place to the chronograph function: a semi-circular minute counter from 10 to 2 with retrograde seconds.