The collection bringing together re-editions of past watches by the watchmaker from Saint Imier welcomes a new arrival based on a model dating from 1945.

The Longines archives are a real treasure trove. For proof, you only need to look at the aptly named Heritage collection, which is brimming with new editions of watches that have helped the watchmaking brand become what it is today. Because, without wanting to fall into the grotesque “links between tradition and modernity”, we should nonetheless note that our past has helped us construct what we now are. This observation is valid for human beings, but also for such traditional and crafted objects as timepieces. Like the rest of the collection, the new Heritage 1945 model is a recreation of a model dating from the end of the Second World War. Apart from a few details, the Longines designers have changed nothing in the original piece’s aesthetic appearance. 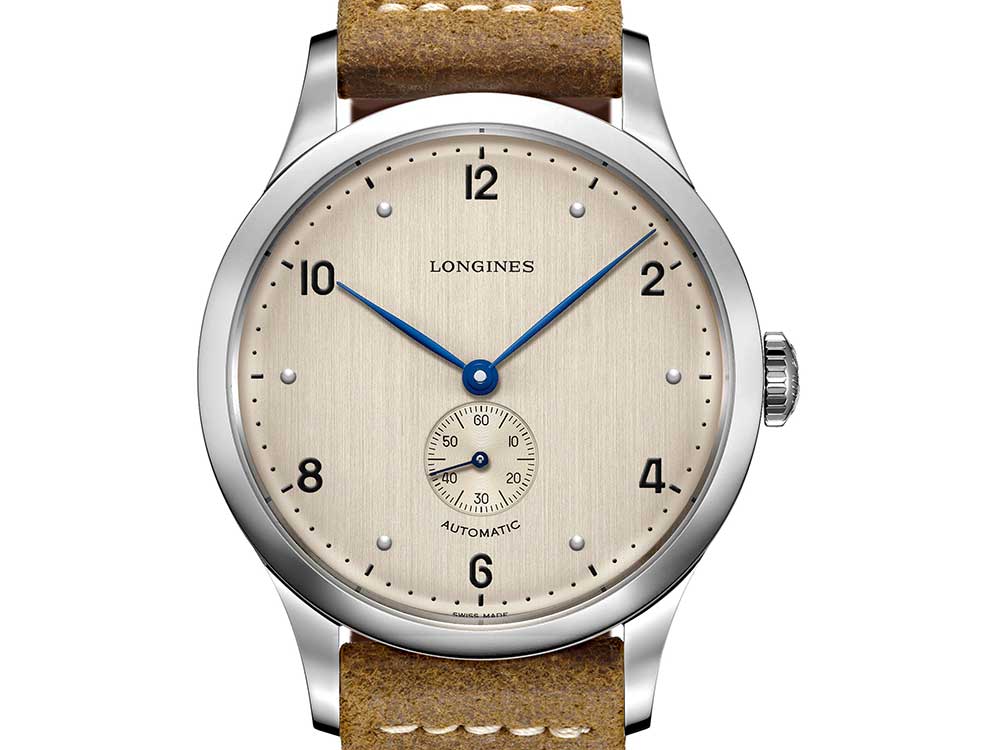 But the same is not true for the manual-wind movement that powered its ancestor, since the Heritage 1945 has become an automatic, with the calibre L609 based on the ETA 2895. The mechanism runs at 28 000 vibrations an hour, while providing a power reserve of up to 42 hours, and is housed in a 40mm-wide steel case.

The dial comes in a lightly bronzed tone, half way between copper and silver, and decorated with a brushed vertical pattern. Blending black Arabic numerals and silver pearl indices, the hour rim is encircled by discreet minute markers around the chapter ring. At the centre of this fairly traditional disc, a pair of blue steel leaf-shaped hands display the hours and minutes. The seconds tick away separately in a counter with finely grooved circles at 6 o’clock.

To highlight the vintage silhouette of the Heritage 1945, Longines has provided it with a natural coloured strap that has been aged to give it the same soft feel as nubuck leather, with ivory topstitches around the lugs.