With a never-before-seen movement designed specifically for the chronograph, the Memoris Red Eclipse is no summer blockbuster; it’s an arthouse epic.

A complication is often overshadowed by the hours and minutes on the dial. The supporting role means it’s rarely in the spotlight despite the inherent difficulty in making it. With the Memoris Red Eclipse, Louis Moinet gives the chronograph the leading role and the hours and minutes are accessories. The stage is set with mastery. The skeleton dial gives glimpses solely of the complication’s cogs. The script began on a blank page to design a movement whose chronograph part wouldn’t be your usual additional module. It took 302 components to make the LM54 (4 Hz) calibre function perfectly. They’re not all bit parts! Just over 60 of them were designed for the chronograph to perform on its own plate forming the main set. Stars illuminate this translucent blue stage like spotlights on a Hollywood film set at night. 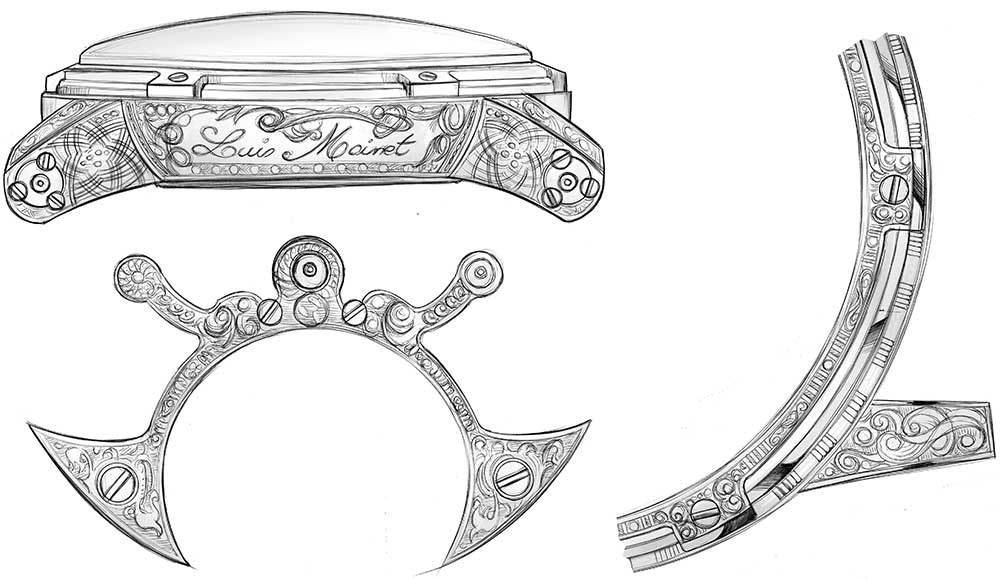