DANCE OF THE SIRENS

Inspired by the blue waves of the sea, the Marine collection for women welcomes new models made of gold or steel, some topped with a band of diamonds, and with guilloched mother-of-pearl or blue lacquered faces.

Around two centuries ago, a few years after opening his business on Quai de l’Horloge, Paris, Abraham-Louis Breguet (1747-1823) became Watchmaker to the French Royal Navy, a prestigious title which was the crowning achievement of his many works, in particular in chronometers and maritime clocks. With the rich heritage left by its founder, the current manufacture, now based in the heart of the Joux Valley, has been inspired to create a collection named Marine including some pieces dedicated to women. This year, the Marine Dame welcomes new timepieces, all equipped with the 591A automatic caliber which offers a power reserve of 38 hours. 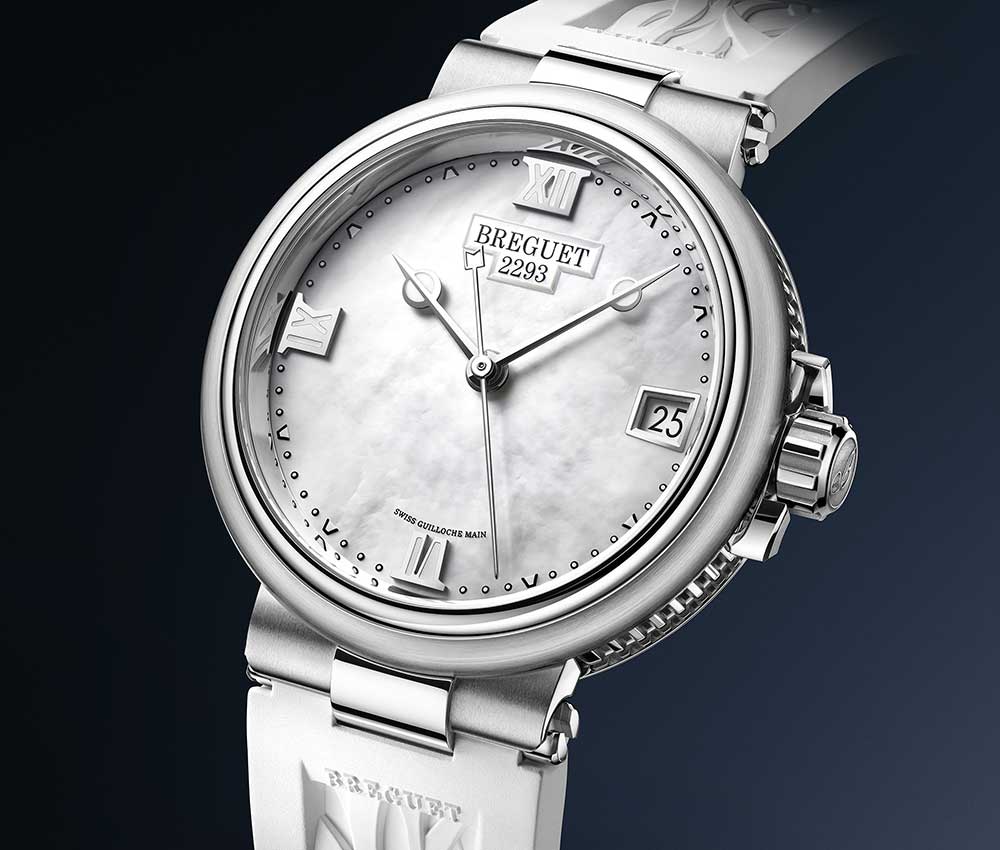 Since the guilloched pattern is a specialty of Breguet, the white or blue mother-of-pearl dials which form the pieces made of gold include the exclusive “marea” pattern, a decoration inspired by the undulation of the waves. Three applied Roman numerals connected by beaded minute markers surround this miniature hand-sculpted sea. These are passed over by the Breguet moon-tip hands coated with Super-LumiNova® displaying the hours, minutes and seconds, the counterweight of the latter takes the shape of a nautical flag. At 3 o’clock, a trapezoidal-shaped window displays the date. With the steel versions, the dial comes in white iridescent mother-of-pearl or covered in azure blue lacquer which resembles the light sparkling on the surface of the water.

The Marine Dame comes with a white or blue alligator strap, or a white rubber strap decorated with strands of aquatic plants.