FROM THE RACE TRACK TO THE WRIST

The brand from Hamburg reaches new chronometric heights, taking inspiration from the motor racing track to bring technical skill and performance to its range of urban watches, TimeWalker

Montblanc is marking 2017 with the imprint of performance, speed and technique, three fundamental values it shares with the world of motor racing, a sport whose aesthetic codes it has partly taken up. The elegant, sports characteristics that the watchmakers have borrowed from the motor racing circuit have been injected into the TimeWalker urban collection, a series that is better adapted to the exercise than the more traditional ranges. Montblanc, specialists in mono-pusher chronographs since the early 20th century, and today part of the Richemont group, has remained true to its origins in the Minerva Manufacture, revising the idea of the 1/1000th of a second counter unveiled in 1916 and again in 1936 to give life to its TimeWalker Chronograph 1000 Limited Edition 18. 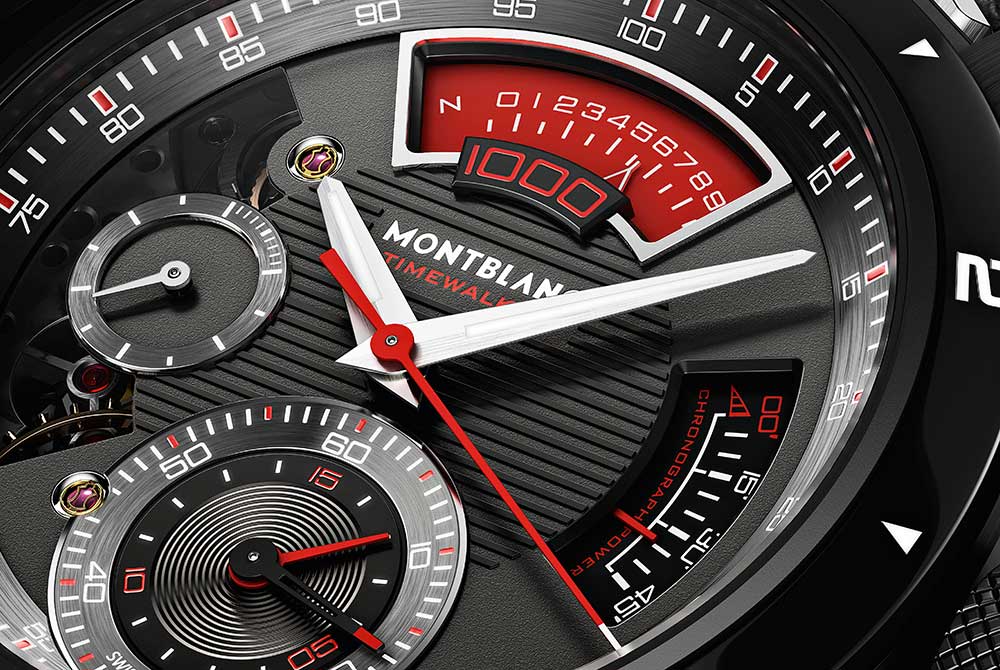 The black, grained dial features horizontal embossed lines in the centre, where the couple of dauphine hour and minute hands are set. The seconds are at 9 o’clock, near the fan-shaped opening unveiling part of the mechanism. All the chronograph indicators have a bright red element: the second hand in the centre that follows a scale etched on the chapter ring, the double counter at 6 o’clock recording the seconds (out of 60) and the minutes (out of 15) and, of course, the 1/1000th of a second counter displayed in red from 11 to 1 o’clock.

As its name implies, the TimeWalker Chronograph 1000 Limited Edition 18 is available in just 18 pieces.