Lin Dan, whom his fans know as “Super Dan”, is a Chinese professional badminton player with an impressive list of awards: 3 consecutive world championship titles and an Olympic gold medal. He’s been a Montblanc ambassador since 2014 and the brand has paid tribute to him with the TimeWalker Pythagore UltraLight Concept. 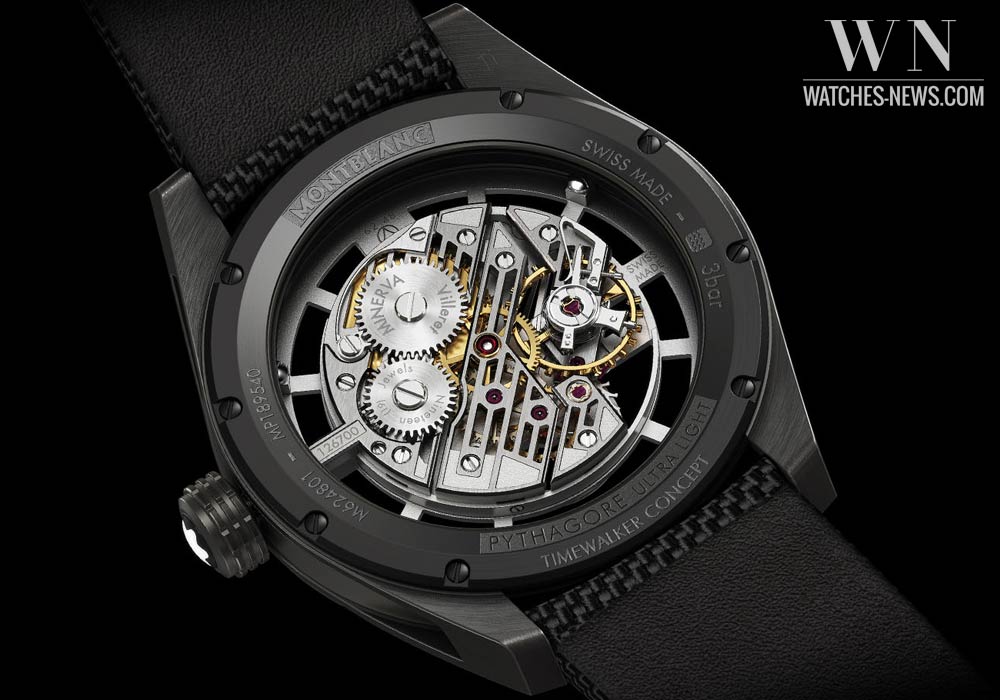 The 40mm case is surprisingly light (less than 15g) having been stripped back to basics with an ITR²® and Kevlar®/carbon case, back and crown and DLC titanium lugs. Its titanium openwork dial has two black aluminium skeleton dauphine-shape hands which glide over the black markers and Arabic number 12 to track the hours and minutes. The seconds count down at 6 o’clock while 5 stars for each of Lin Dan’s titles appear 8 o’clock.

The functions are brought to life by the manual wind MB M62.38 calibre (50-hour power reserve).