For the second time in two years, Oris has used bronze to dress a timepiece dedicated to the memory of Carl Brashear, the famous African American US Navy diver

In January 2016, we told you the story of Carl Brashear (1931-2006), the courageous African American deep-sea diver and diving instructor who continued working despite having his leg amputated. We even met his son, Philip, on the Oris stand at Baselworld for the presentation of the Carl Brashear Limited Edition. The watch marked the introduction of bronze into the brand’s collections, while paying homage to an exceptional man, who, during his 30-year career, never once threw in the towel. This year, Oris has again turned to this unique metal for a new watch, again dedicated to the brave diver: the Carl Brashear Chronograph Limited Edition, available in 2,000 pieces. 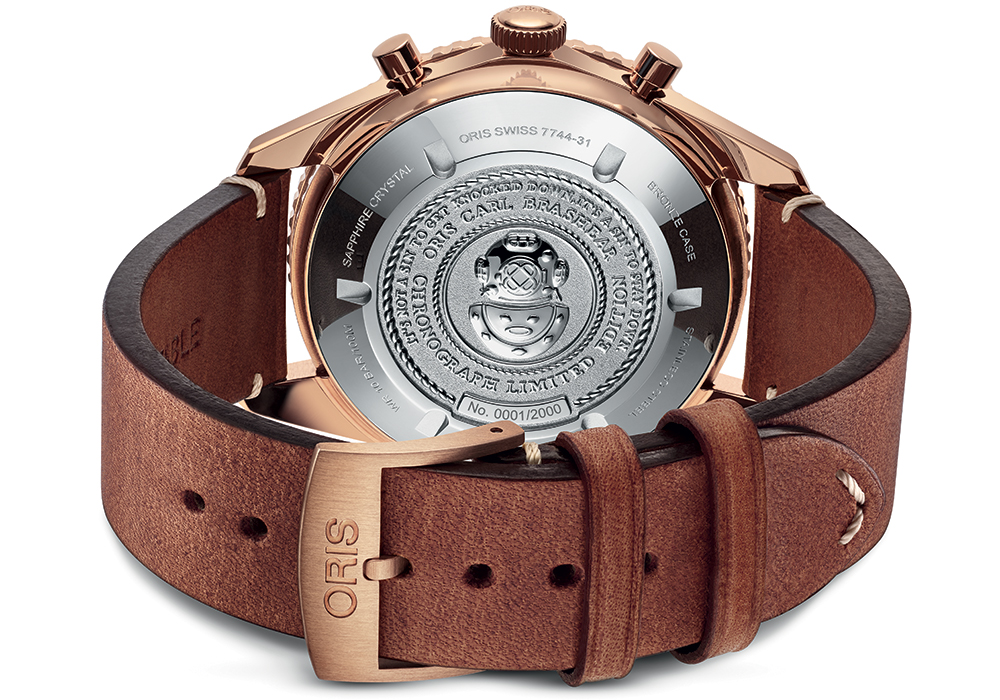 The colour of the curved dial echoes the oceanic tint of the deep-sea depths, with a slight misty effect in the centre. A golden minute track runs around the rim of the blue disc, while the hour track is made up of geometric pink-gold-plated indices coated in beige Super-LumiNova®. Two stick-shaped luminescent hands at the centre of the dial show the hours and minutes, with the running seconds consigned to a counter at 9 o’clock. For the chronograph function, which is activated and disactivated with monopushers on the side of the case, the seconds are displayed in the centre and the minutes in a totaliser at 3 o’clock.