REV UP YOUR ENGINES

What if you could wear a car on your wrist? Parmigiani has done just that with its Bugatti Type 390, a timepiece in tribute to the Chiron

Parmigiani has been the car brand’s partner since 2004 and had ample opportunity to unveil timepieces oozing car design and mechanical engineering, just like the Bugatti Type 370 that came out at the same time as the Bugatti Veyron 16.4. This year the watch brand is launching an unusual new timepiece that won’t go unnoticed: the Bugatti Type 390 in tribute to the incredible Bugatti Chiron. 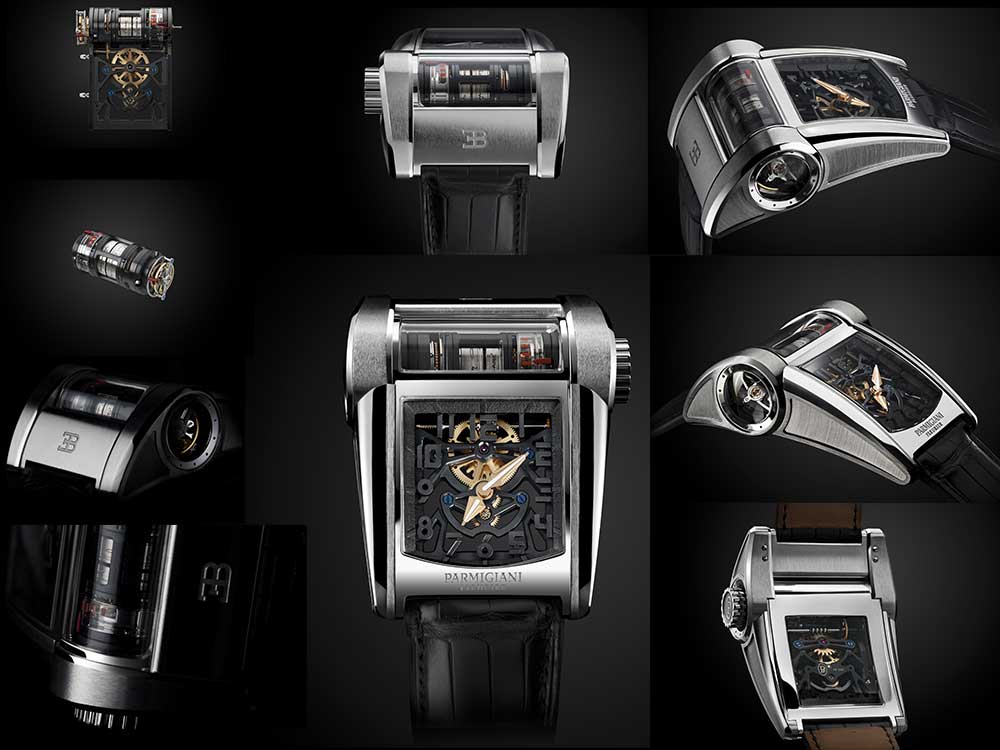 Bugatti Type 390 is a real engine on your wrist that focuses on performance, power and reliability. It reflects the Chiron’s signature looks in the engine/interior/bodywork design and a case reminiscent of the shape of the world’s most powerful and fastest car. Parmigiani has given it a cylindrical movement with a traditional time display. The hours and minutes are joined by an 80-hour power reserve and a 60-second flying tourbillon. The new in-house PF390 calibre has been patented and lies in the cylinder dominating the structure to feed information to the dial through an endless screw (cylinder containing spiral ribbing). This new watchmaking engine is no bigger than the regulator on its 60-second tourbillon that also provides the seconds: 25×37.5mm. The entire watch has a light structure with a cylindrical horizontal build.

What’s appealing about the Bugatti Type 390 is its quirky white or rose gold case (42.2×57.7mm in diameter) and its pitch black dial that contrasts with the luminescent rose gold applied markers. Parmigiani called upon Hermès for the classic and chic black alligator strap. Only 10 collectors can get their hands on this racy little number. Are you in the running?