THE TOURBILLON WITHIN REACH

To celebrate the Geneva-based brand’s 30th anniversary with panache, Frédérique Constant have released an automatic tourbillon with a perpetual calendar. We take a look at four new models embodying the spirit of affordable luxury.

In three decades, the Geneva-based brand Frédérique Constant has slowly but surely traced out its route, forging an excellent reputation in the world of watchmaking. Widely acclaimed for its high-quality watches at affordable prices, the brand attracted attention in 2004 with its first in-house calibre, the famous Heart Beat, designed in its workshops in Plan-les-Ouates, in the canton of Geneva. In 2008, the firm went on to unveil its first in-house tourbillon. And now, to celebrate its 30th anniversary, the company has launched four new models, including a pink gold version in just 30 pieces, and all equipped with an automatic tourbillon and a perpetual date. It is simply named the Perpetual Calendar Tourbillon Manufacture. 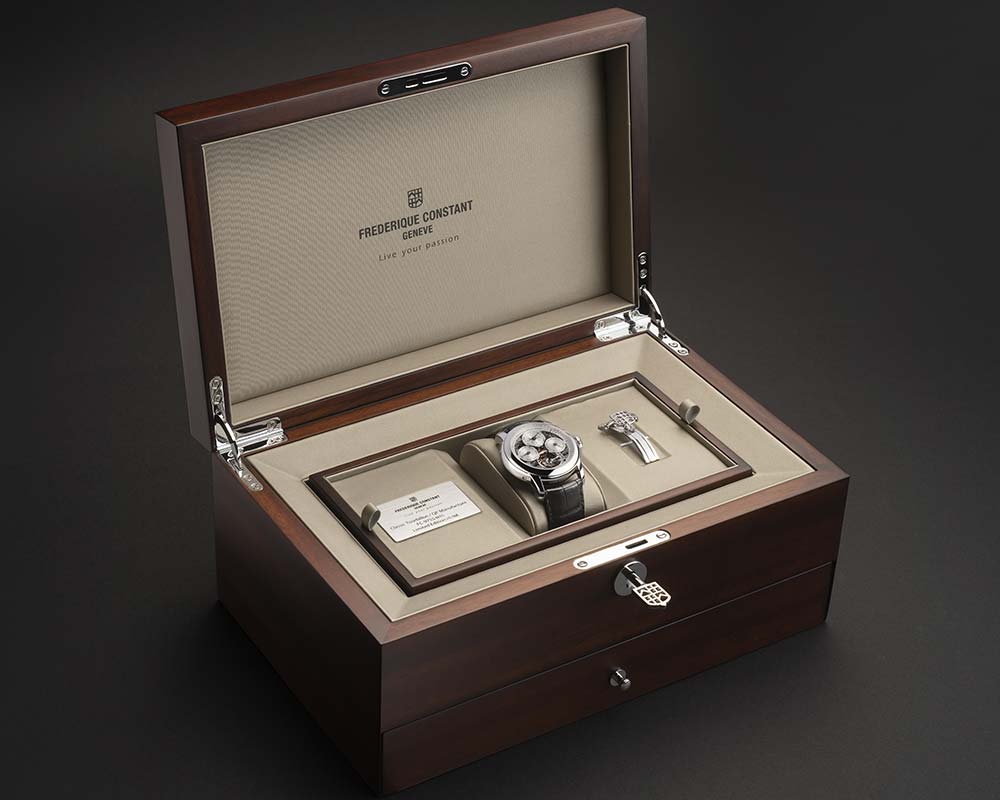 Along with the types and colours of metal, Frédérique Constant has provided two different faces to its Perpetual Calendar Tourbillon Manufacture. Two of the four versions have a silvered dial with the centre decorated in a Clous de Paris pattern and the three calendar sub-dials in blue. The hour rim features Roman numerals with black transfers, while a pair of leaf-shaped hands, also coloured black, move above them. On the two other versions, the layout is the same, but the dial is open-worked to reveal the grained base plate. The opening where the tourbillon is displayed has been slightly enlarged on the skeletoned dials. But you need eyes like a hawk to notice this particular detail!