The Schaffhausen watchmaker has teamed up with the US Navy’s aerobatic patrol, the “Blue Angels®,” to design a new chronograph with a return-in-flight function inspired by military observation watches

Between the watch brand IWC and primarily military aviation, is a long, beautiful story which today translates into obtaining a new license but above all into the creation of a new timepiece, the Pilot’s Watch Chronograph “Blue Angels®” Edition named after the North American Navy’s acrobatic patrol founded after the Second World War in 1946. 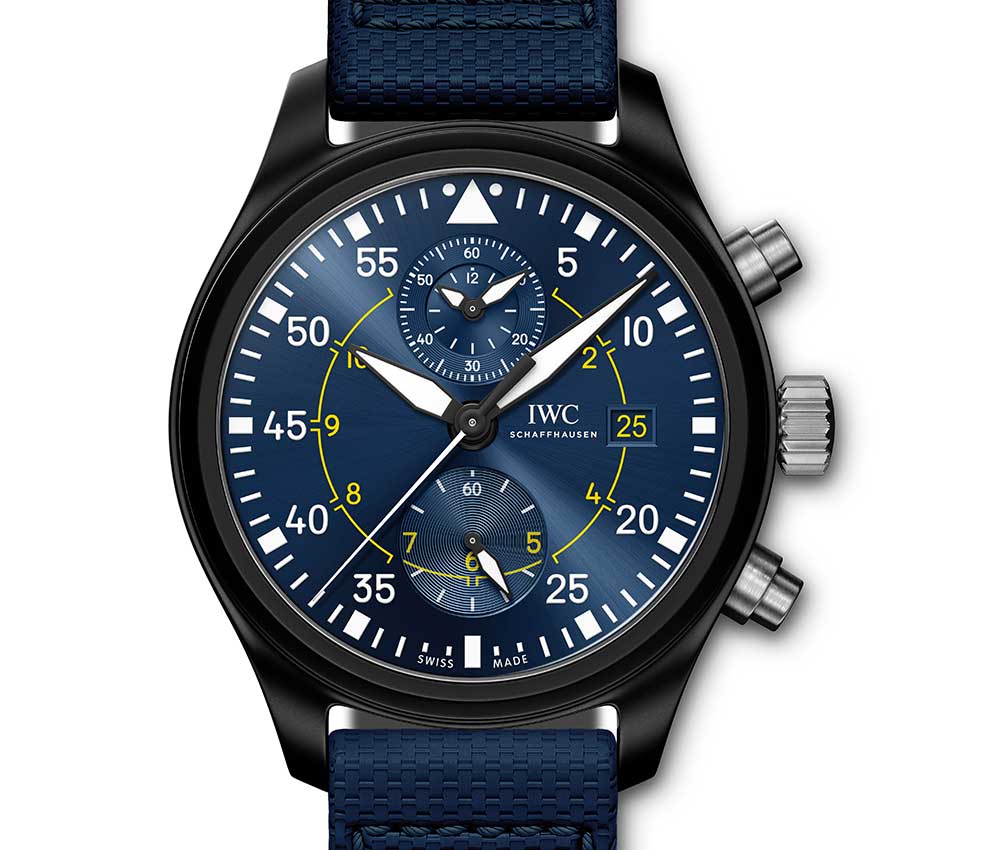 The black ceramic case of the Pilot’s Watch Chronograph “Blue Angels®” Edition has a diameter of 44.5mm and thickness of 15.7mm and houses the caliber 89361, a self-winding mechanical movement that vibrates at the standard frequency of 4hz and provides 68 hours of power reserve.

This IWC is completed by a blue calfskin leather strap matching the dial.