Expected since its announcement at the beginning of the year, this new limited series is positioned in the firmament of the American singer’s creative spirit and Richard Mille’s advanced mechanics.

A producer and composer, the artist is also a singer, which is he made himself known to the general public in 2013 with a song included in the soundtrack of the animated film Despicable Me. Since then, this ultra-creative jack of all trades has continued to collaborate in the world of music and fashion. At the end of the year, he signed his very first watchmaking contribution with the Richard Mille RM 52-05 Tourbillon Pharrell Williams, only 30 of which were created. His universe thus takes place on the dial. We thought it was musical, it catches us off guard by transporting us into space. 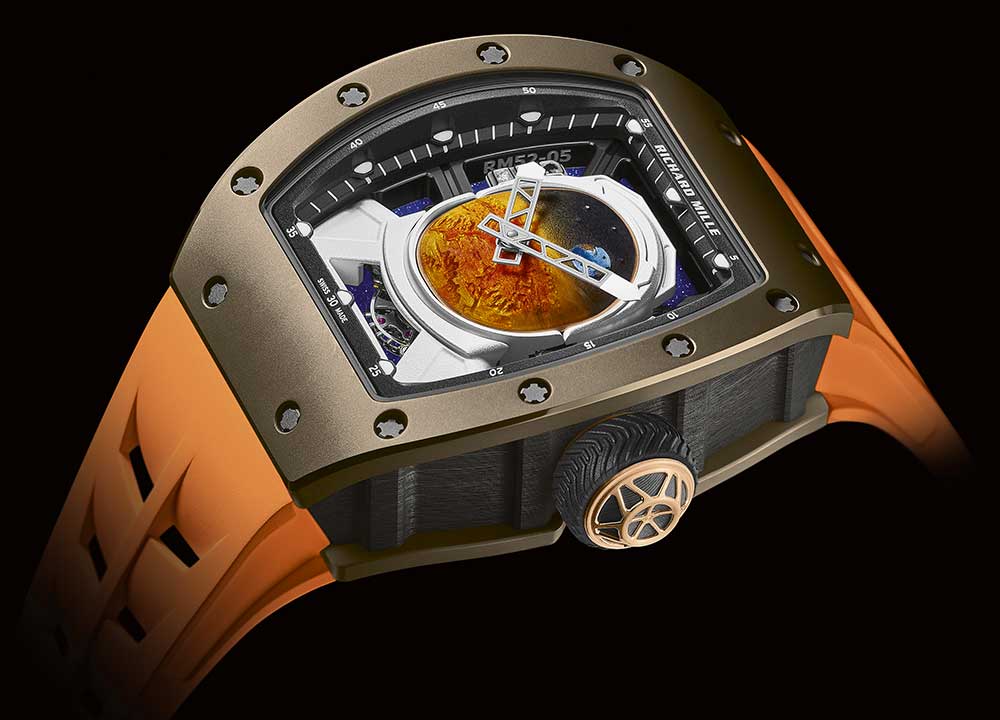 The open-worked rocket-shaped hour and minute hands are powered by a hand-wound movement equipped with a tourbillon (42-hour power reserve). Its unique architecture contributes to the aesthetics of the watch. The lock thus integrates inserts in aventurine blue tinted glass whose sparkles project us into the cosmos.