The recent SIHH in Geneva brought several gems to light. One is definitely this Santos-Dumont watch, keeping alive the refined spirt of the original model.

The name Santos-Dumont evokes the early history of aviation in the 20th century, but has also been closely linked to watchmaking since Louis Cartier created a wrist watch for his Brazilian friend in 1904. The Santos model was sold to the public from 1911, and later the Parisian luxury brand made it a collection in its own right. This year, Cartier has given new wings to the historic timepiece named after the intrepid aviator. The style of the new models is impeccable and true to the original. The case combines simplicity and distinction, and is made of steel, gold or both materials to suit all tastes. 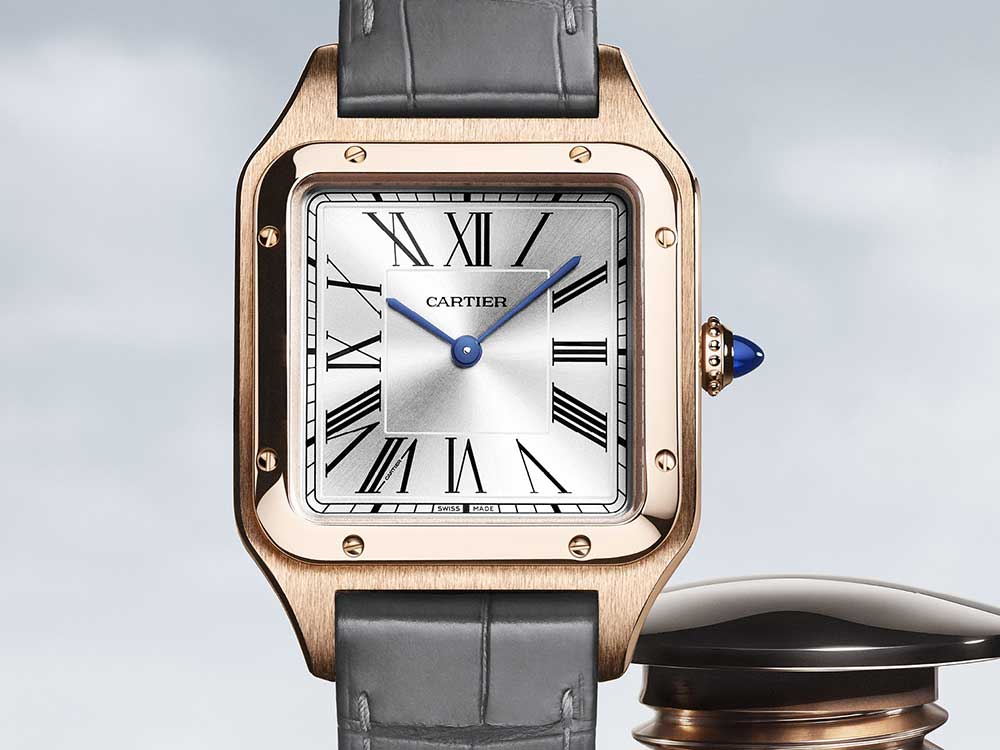 Here you can find all the notable design elements of Cartier watches. Visible screws are in evidence at the the top of the case. On the dial, blued hands point towards Roman numerals, and the winding crown features a blue cabochon. The secret signature in the figure VII has not been forgotten. Two sizes of case are available. There is a smaller version (38.5mm wide) or a larger model, so that the watches can be worn either by men or women.

The Santos-Dumont by Cartier is also surprisingly slender, just 7mm thick. This is because the watch houses a quartz movement and not a mechanical calibre. The movement includes the latest innovations in terms of energy saving. As a result, the watch owner will only have to change the battery every six years. All the models are equipped with elegant alligator-leather straps.