To celebrate the 50th anniversary of the Apollo 11 space mission, which saw man walk on the Moon for the first time, the Biel/Bienne watchmaker has taken inspiration from an older model to create a truly dazzling limited edition!

On 21 July 1969, the whole world was riveted to the television to witness a historic event: the American astronaut Neil Armstrong (1930-2012) became the first man to walk on the Moon’s surface. He was joined 19 minutes later by his fellow crew member Edwin “Buzz“ Aldrin (1930). NASA had given official approval to the Speedmaster by Omega four years earlier, and the watch was a part of the extraordinary adventure. A few months later, at a gala dinner, the astronauts in the NASA space programme were given a yellow-gold Speedmaster encircled by a burgundy bezel. This was the reference BA145.022, with 1,014 watches made between 1969 and 1973. Now, half a century after the first steps taken by Armstrong and Aldrin on the Moon, Omega has unveiled the Speedmaster Apollo 11 50th Anniversary Limited Edition. 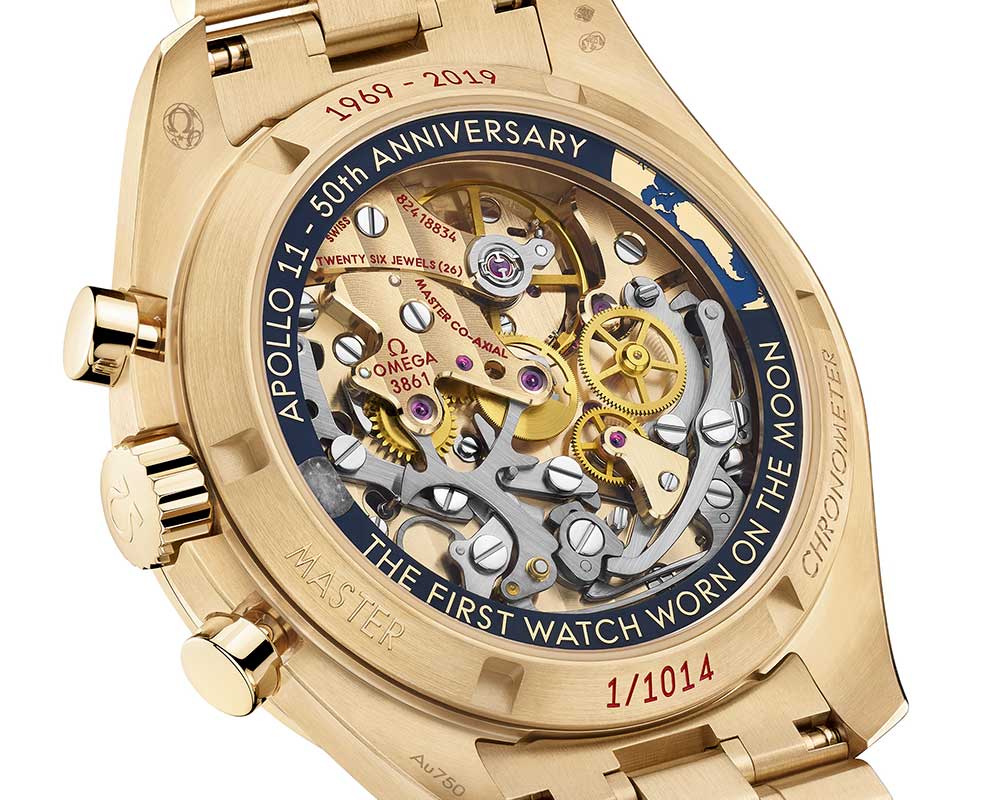 On the dial are black onyx facetted indices. The same colour is used on the lacquered watch hands. Powered by the hand-wound calibre Master Chronometer 3861, providing a power reserve of 50 hours, the hours and minutes are displayed in the centre, while the seconds can be seen in a sub-dial at 9 o’clock. The chronograph features are on display in two totalisers at 3 and 6 o’clock.