Proud of its Swiss roots, Le Locle-based Tissot selected the T-Touch, one of the signature models of its watch collections, to honor its home country’s culture.

2019 marks the 20th anniversary of a timepiece which is unique in its class: the Tissot T-Touch. The first tactile watch in the world, it quickly became a contemporary classic after it was launched in 1999. T as in Tissot and Touch: because a light touch of your finger gives you access to countless functions. This tool rapidly found an audience, especially with athletes, both amateur and professional. 20 years later, Tissot presents the T-Touch Swiss Edition, a timepiece which pays homage to its Helvetian origins. 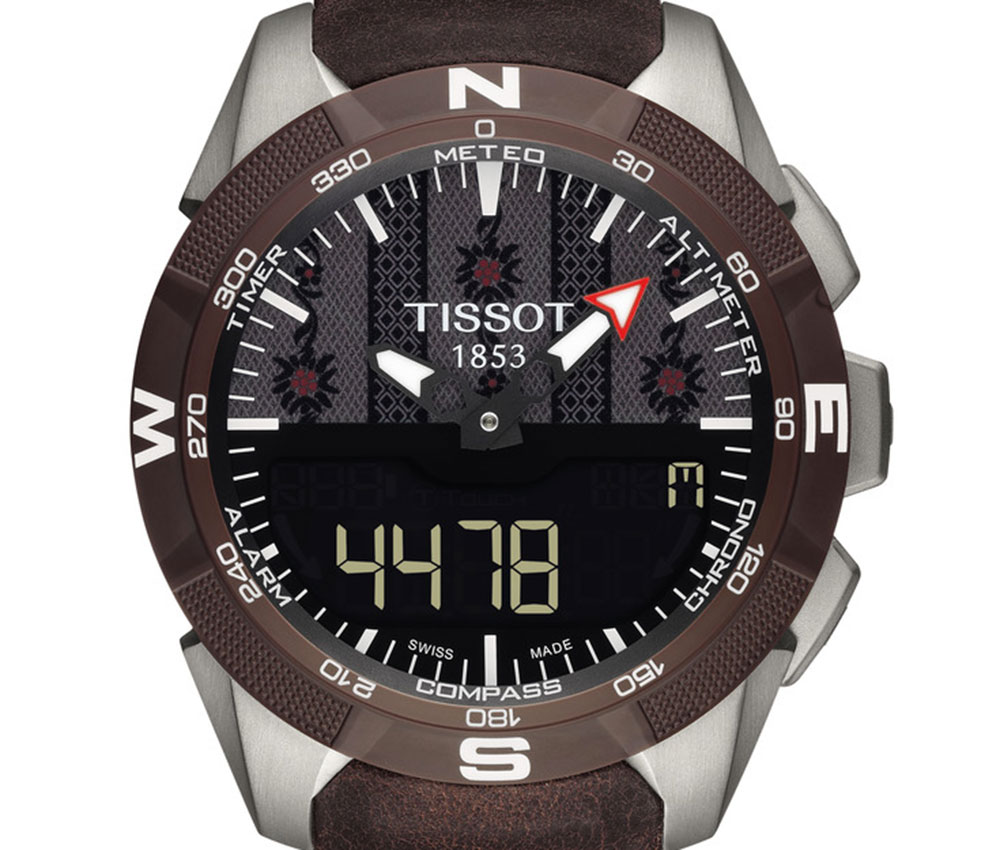 Tissot’s homeland is of great importance to the brand. It demonstrates that here with a few touches borrowed from Swiss folklore, such as the chocolate color of its impressive ceramic bezel and the “chocolate bar” look created by the “Clou de Paris” pattern. The matching color of the aged leather wristband accentuates the look…delicious! The wristband is inspired by the traditional bell collars of Swiss cows. Next, the upper section of the dial, which hides the solar cells that power the T-Touch Swiss Edition, sports a tapestry of edelweiss and vertical stripes in a nod to the traditional costumes worn by the shepherds of the Swiss Alps. And to finish, the back of the 45 mm titanium case, which houses an ETA E84.301 caliber, is decorated with the Confederation’s shield.

At the center of the dial, two ajoure and luminescent hands reach over the digital and tactile display to show the hours and minutes “traditionally”. Along with these displays, the watch provides a large array of functions: weather, altimeter, compass, countdown timer, chronograph, two alarms, second time zone, and more. A Swiss army knife on your wrist!