Tissot takes pride in its Swiss identity and has unveiled a pair of steel timepieces emblazoned with powerful Swiss symbols on the front and back.

Tissot may have been founded by Charles-Félicien Tissot and his son Charles-Emile in 1853 in Le Locle in Neuchâtel but it wasn’t until 1907 that it opened its factory on Chemin des Tourelles where it still stands today. The address is so deeply rooted in the Swiss watchmaker’s identity that a classic watch collection has been named after it. A new model with a choice of two timepieces has joined the well-known range: Chemin des Tourelles Swiss Special Edition. 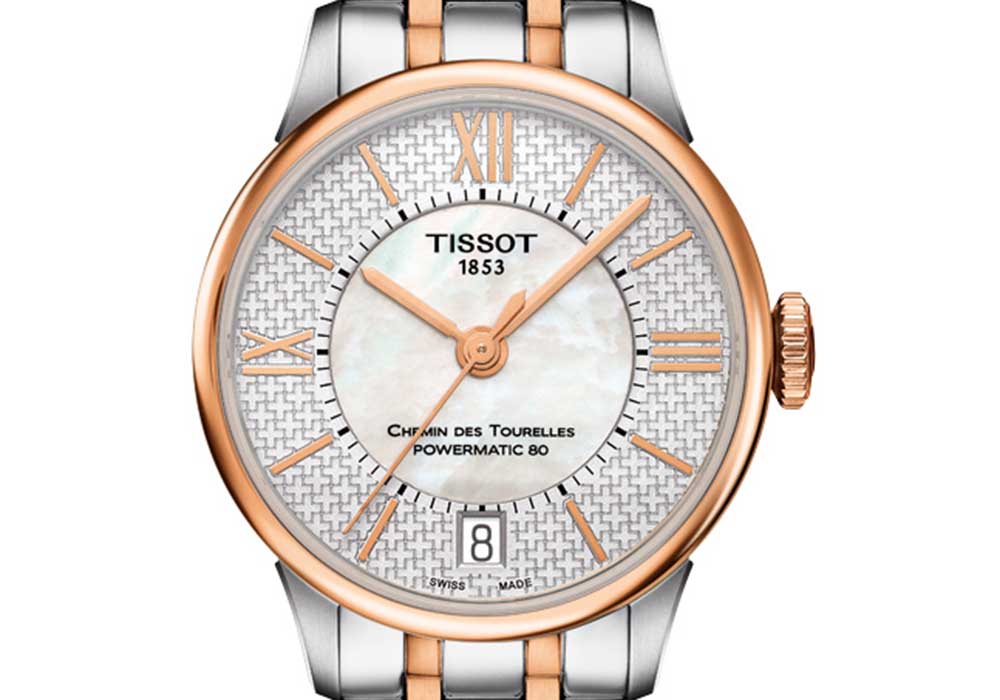 Tissot also likes to showcase its Swiss roots and patriotism exudes from the front and back of both Chemin des Tourelles Swiss Special Editions. The case back bears the design of a Swiss Franc with Helvetia surrounded by 23 stars representing the confederation’s states. Helvetia is the allegorical personification of the Swiss Confederation. She’s wearing laurel leaves on her head and holding a spear and shield emblazoned with a cross on the back of the Chemin des Tourelles Swiss Special Edition.

The 44mm model has a sunburst silver dial whilst the 32mm watch has a white mother-of-pearl dial with the gold hour, minute and seconds hands. The ring bearing the gold hour markers and Roman numerals has a mosaic of small Swiss crosses. The black-on-white date display lies at 6.

The famous self-winding Powermatic 80 fuels the 80-hour power reserve from inside the steel case with a rose gold PVD bezel and crown.