A major move for Louis Moinet with the launch of Ultravox, a striking timepiece.

This Latin strong voice strikes a magical chord through an incomparable movement designed by the master watchmaker Eric Coudray. This highly-unusual complication, whose role is to chime each passing hour on the hour, is spectacularly centre-staged dial-side. “Moinet Blue” movement components, such as the hammer set at 12 o’clock which strikes a gong positioned around the movement, enhance the unparalleled arabesque-style of the timepiece. The calibre’s 316 components invite to be admired in their entirety. By turning over the case, we discover a host of other essential mechanisms such as the two micro-rotors assembled side-by-side and featuring a black finish. One drives the hour and minute hands and provides them with a power reserve of 38 hours, the other is dedicated to the striking mechanism which can be repeated for 90 hours. In addition to its role as time-setter, the crown also invites to wind the rotors manually, individually using the 3 positions. 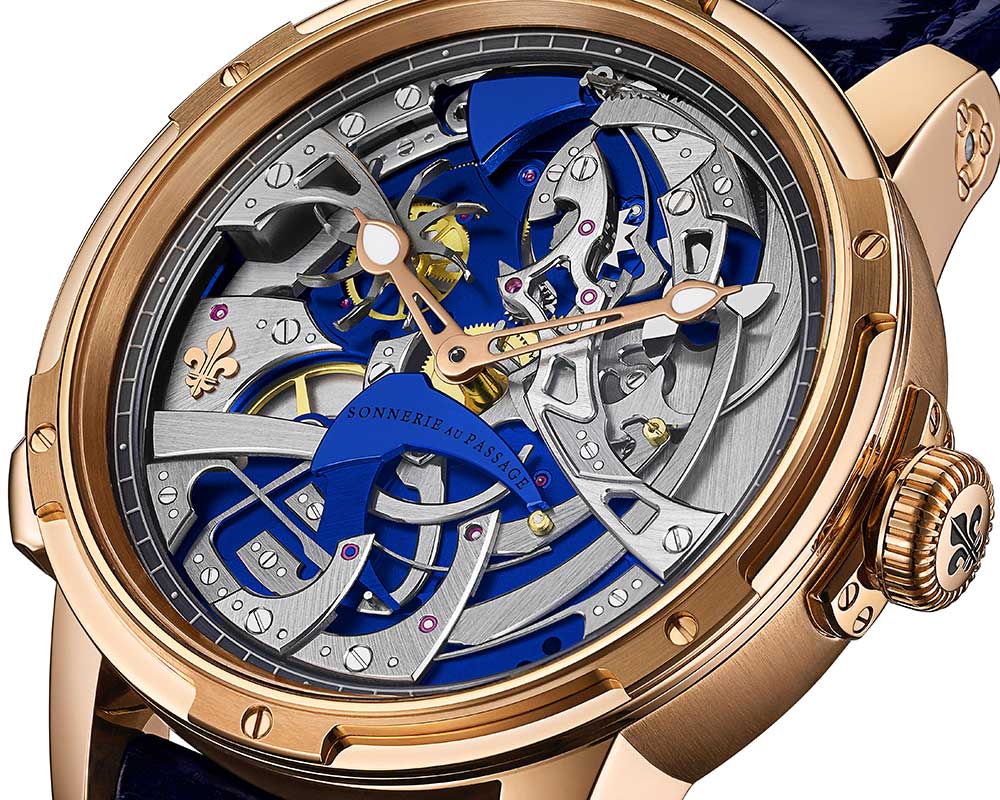 This breathtaking engineering composition sits majestically in an elegant 46.5 mm-diameter rose gold case. Two push-pieces attached to the caseband at 8 and 10 o’clock allow the wearer to respectively choose silent mode or to strike the hours on demand.

This first 28-piece limited-series Ultravox is paired with a black alligator leather strap. Other variations should be available in the near future.