The great specialist in marine instruments has released a wrist watch with a mechanical alarm function that is both aesthetically simple and easy to use, and endowed with useful functions operating between two time zones

Far from the hysterical tumult or strident cries emanating from electronic alarm clocks to be found on most beside tables, the Ulysse Nardin provides far more poetry to wake you up in the morning – a totally mechanical, but melodious way to open your eyes and get ready for a new day, when the cathedral-like tone of the Classic Sonata sounds.

This new model made by Ulysse Nardin is available in two versions measuring 44mm in diameter. The first watch has a pink gold case, with warm reflections blending with the wonderful deep black colour adorning the dial. The second version, meanwhile, has a more traditional and simpler allure, including a steel setting and a silvered opaline face. 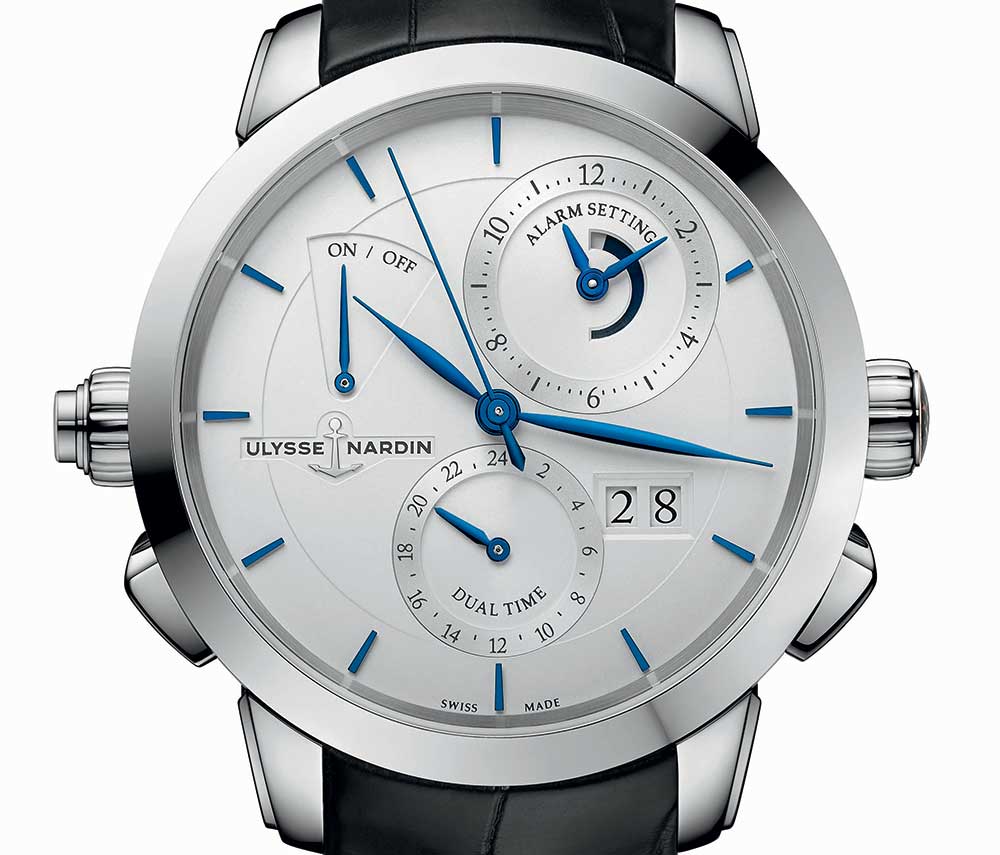 Each dial contains the same three-dimensional settings, setting the different displays apart, while providing a feeling of depth. A band running around the chapter ring includes hour markers with blue or golden applied indices, depending on the Classic Sonata model chosen. In the centre, two leaf-shaped hands display the hours and minutes, while the second hand also ticks away in the centre. The large date is displayed in a double counter at 4 o’clock. As for the alarm function, it has its own counter between 12 and 2 o’clock, with the centre taken up by a sort of twelve-hour countdown, so the alarm can be set for the morning or evening. A cone-shaped indicator at 10 o’clock shows whether the alarm function is on or off. And lastly, a sub-dial at 6 o’clock displays a second time zone, which will come in handy for globe-trotters who like mechanical timepieces.

The Classic Sonata duo are powered by the same movement, the UN-67 calibre. This automatic mechanical movement, equipped with a silicon escapement, provides a power reserve of 42 hours.