Nature meets futuristic on a wristwatch? Welcome to the world of Roger Dubuis. The Excalibur Spider collection was unveiled in 2015 and its new electric blue model is stamped with the Geneva Seal: Excalibur Spider Tourbillon Volant 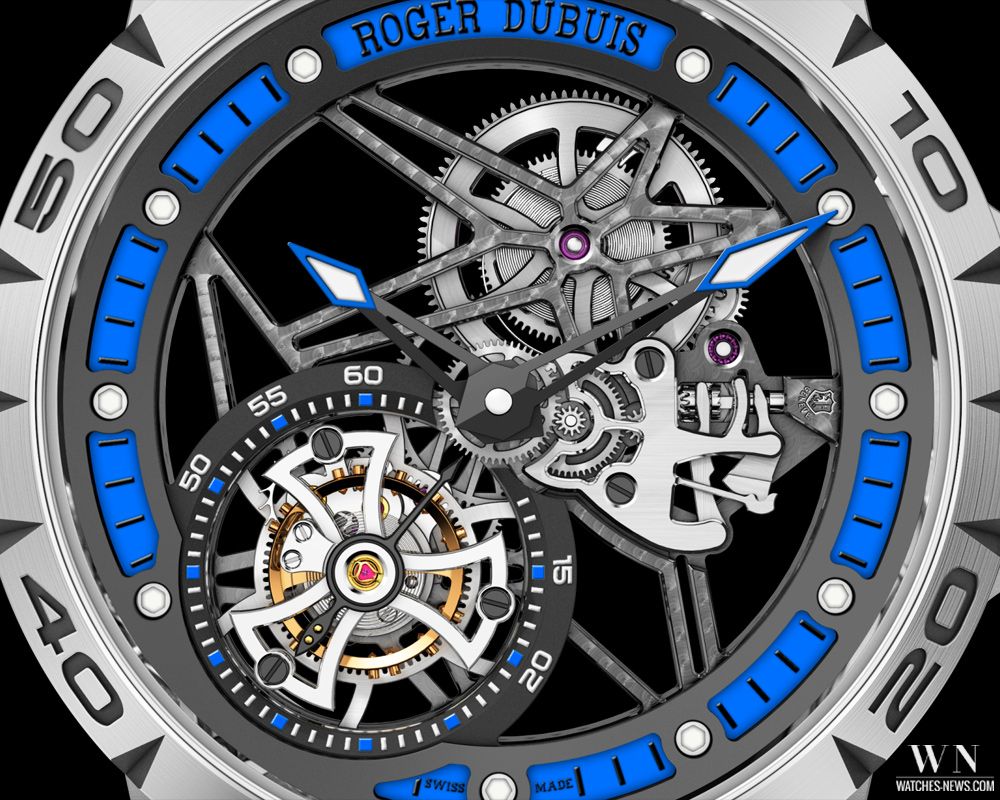 The white rubber strap keeps the 45mm titanium case securely in place on your wrist.

The “deadbeat second” is a true watchmaking complication that has little use nowadays. But just like the tourbillon, this mechanism, which allows the seconds hand to jump once a second and not six or eight times, still appears on some new products. Arnold & Son has even made it their speciality.

When the seconds hand appeared on pocket watches in the late 18th century, it was soon called the “central seconds hand”. It’s hurried little jumps, in accordance with the frequency of the balance wheel’s oscillation (six jumps/second for 3 hertz, eight for 4 hertz), made it look like a hamster running in its wheel.

But since the chronograph hadn’t yet been invented to stop hands and measure short time, it was of no use to sailors. They needed the seconds as a basis to determine longitude during long journeys. 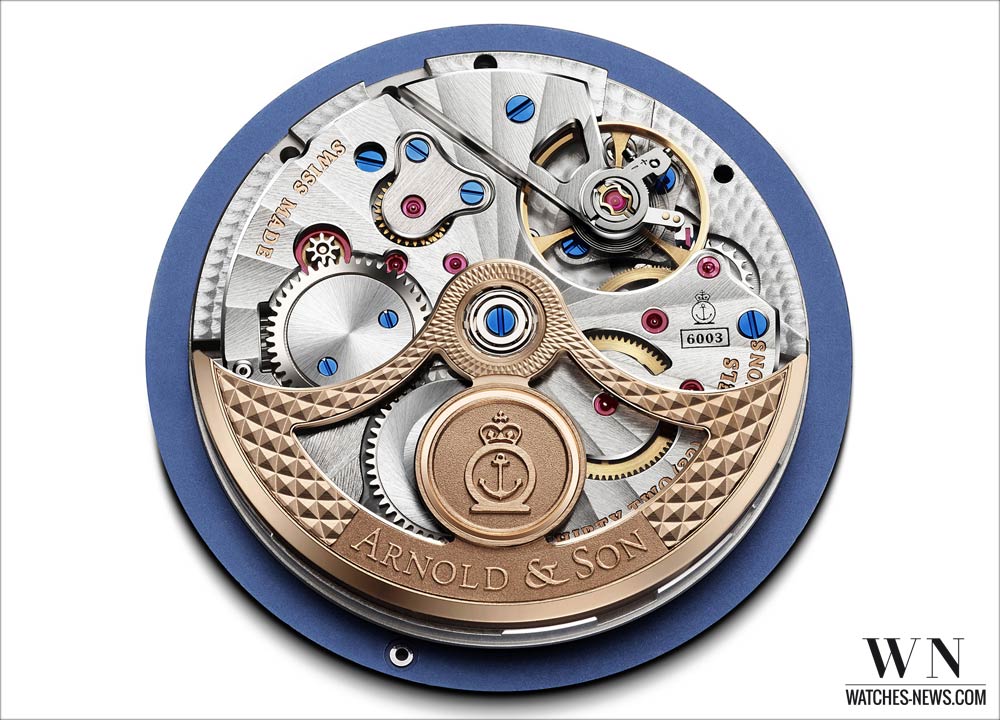 So watchmakers created the “deadbeat second” for the famous marine chronometers as well as astronomers’ regulators. Also called the “sudden second” by Abraham-Louis Breguet, “true second” or even “jumping second”, the idea is to freeze the seconds hand and store the balance wheel’s energy to only release it for every full second. This provides greater understanding for counting time. The many solutions, from the second barrel and spring strip to a new escapement gave rise to real complications at the time. These additional mechanisms fell into oblivion but are now attracting interest again.

Inspired by the marine chronometers designed in 1764 onwards, Arnold & Son is one of the main players in the revival. Unveiled as a preview at Baselworld 2016, the DSTB – for Dial Side True Beat – is a model with a true beat second showcased on the dial. The mechanism is exceedingly elegant. It features an additional wheel paired with the fourth wheel which usually bears the seconds hand turning constantly at 9. This triggers a spring which, once a second, releases an anchor-shaped lever. This then powers the seconds hand which marches along an oversize sapphire ring off-centre at 11 o’ clock.

Christened Heuer and not TAG Heuer, this watch is a new take on the classic Monza. The brand’s founder’s great grandson, Jack Heuer, designed a chronograph to celebrate Niki Lauda’s first world championship title at Ferrari in 1976. Heuer was the official Scuderia timekeeper (1971-1979) and it’s the first time the Monza engraving has appeared on a watch dial. The new design has a pulsometer (to measure your heart rate), a tachymeter scale (to calculate speed), red hands and counters for a dash of racing spirit. 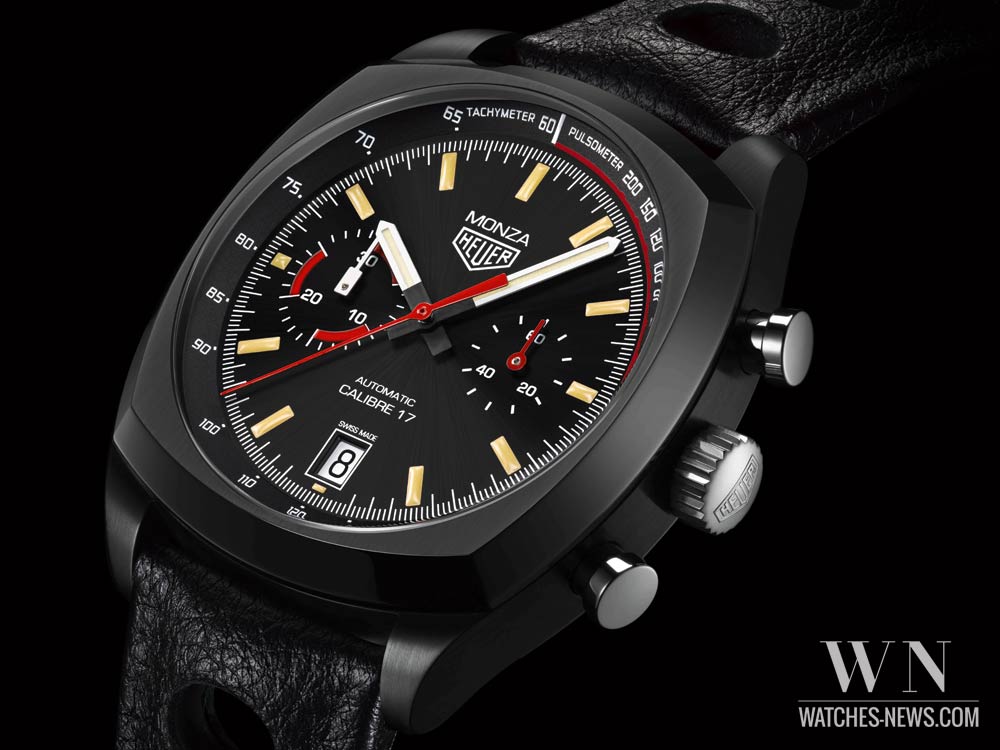 Forty years have passed and the 2016 model is going back to its roots: the same font as the original, the same scales on the dial and the same black case. The only thing that’s changed is that the structure and bezel have replaced steel with titanium.

The self-winding 17 calibre brings to life the chronograph functions and date at 6. The screwdown case back features the number of the piece and the signature Heuer logo.

1963 saw Rolex launch a watch inspired by the Daytona Beach (Florida) car races that were held from the 1900s to the 1950s: Oyster Perpetual Cosmograph Daytona. Then in 1965, the model was updated and its bezel was given a plexiglass ring, its pump pushers were replaced with screw-down ones and its dial was engraved with “Oyster” and “Daytona”. 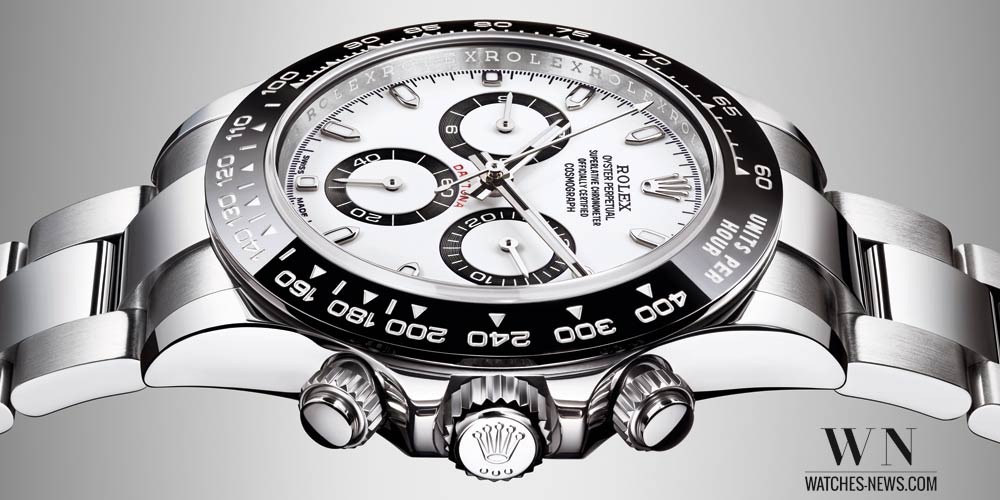 The whole thing is brought to life by the self-winding 4130 calibre inside the 40mm steel case.

Tissot has always had sporting partnerships. For example, the brand is now the official timekeeper for the Tour de France, UCI track world championships, 6 Nations and the hockey world championships. But Tissot’s biggest ever contract came in 2015: the NBA.

The NBA is an American sports organisation that broadcasts in 47 languages in 215 countries with over 875 million fans and subscribers worldwide on a variety of platforms devoted to the league, teams and players. While they were at it, Tissot also signed agreements with a dozen legendary NBA teams including the Chicago Bulls, Los Angeles Lakers and New York Knicks.

This Quickster Heat Special Edition is devoted to Miami Heat. The stainless steel watch has a printed glass back, a quartz chronograph movement and NATO strap.

The Slim d’Hermès was unveiled in 2015 and has been a great success, especially among those who love minimalist timepieces and simple watchmaking. Its power of seduction lies in the uncrowded dial, slender font by designer Philippe Apeloig and slim case.

To coincide with Baselworld 2016, Hermès has put a more classical and “fine watch” spin on the model. The Parisian brand has coated the low-key dial in Grand Feu enamel for a velvety, intense and shiny white effect on three levels (hour ring, minute display and small seconds at 6). The features are all in black enamel, from the Arabic hour numerals and minute track to the seconds.

Three baton-shape rose gold hands glide over the enamel surface to track the central hours, minutes and seconds. They are brought to life by the super-slim H1950 calibre in the 39.5mm rose gold case with a 42-hour power reserve.

The functions are also bang on trend. The annual calendar is mechanically set

for the year making it halfway between the complex perpetual calendar (which only needs to be adjusted once in 2100) and the finicky simple calendar (which requires 5 manual adjustments per year): it recognises months with 30 or 31 days but not February so it only needs adjusting once a year. This one is paired with a second time zone at 8 o’clock.

Last but not least, the case is fitted with Blancpain’s patented under-lug corrector system.

“Same player shoot again”! In a world where everything is super-technological and ultra-connected with garish appliances and piercing sounds that verge on noise abuse, Hautlence has crossed the line with “an entirely essential yet fundamentally useless object”: Playground Labyrinth.

As a watch, Playground Labyrinth has a large rectangular titanium case that’s classic Hautlence fuelled by a mechanical movement with wrist straps but…it doesn’t tell the time! Instead of the regular hour and minute hands gliding over the dial there’s a beautiful maze in rose or white gold. The network of straight paths bordered by satin-finish walls with polished edges and a platinum ball is a chance to get away from the everyday chaos and return to your childhood for a bit of me-time.

The calibre in the 37×43.5x13mm case has a mechanical lift to put the ball back into play once it’s out of the labyrinth.

The Grandmaster Chime ref. 5175 launched in 2014 for the 175th anniversary of Patek Philippe. There were just 7 of the fully engraved exceptional watch available with its 20 complications. The brand presented a new version of the piece at Baselworld 2016. The entirely redesigned Grandmaster Chime ref. 6300 has joined the brand’s current collections to become the most complicated ever wristwatch to be made by Patek Philippe.

The Sky Moon Tourbillon ref. 6200 spent 15 years reigning as the Genevan brand’s most complex model. The reference 6300 has taken its crown. 5 of its 20 complications are audible: a large and small alarm, a minute repeater, an alarm that rings on the hour and a date repeater that chimes the date on demand.

The reversible white gold watch has a rotation mechanism inside the lugs and is made up of 1580 parts.

Breguet unveiled the Hora Mundi 5717 in 2011 with its hand-engraved map of America, Europe, Africa or Asia and Oceania on the dial. The brand has released a more classical but equally stunning version of the model for 2016.

It’s called Classique Hora Mundi 5727 and features the signature instant time zone system with memory. Unlike a traditional GMT watch, this piece has no subsidiary display but just a pair of hour and minute hands. The mechanical memory with heart-shaped cams can be set to remember two different time zones. Press the pusher at 7 and the hands jump from one to the other and automatically take the day/night and date markers with them.

The dial features a Clou de Paris engraving in the centre as well as a “flammé” and “panier” pattern in the day/night indicator at 4.