FROM FICTION TO REALITY

Only available in Japan, this limited series bears the features of the first automatic chronograph and brings to life the watch of imaginary character Rupan Sansei.

A Japanese version of Arsène Lupin in a soap opera manga, Lupin the Third, takes up the myth of the French gentleman burglar from 1967 under the pen name Monkey Punch (1937-2019). An animated series that began to be broadcast in 1971 allowed the fictional character to meet an international audience. In the first episode of Rupan Sansei, Lupin’s partner Daisuke Jigen wears a Zenith watch. As the model did not exist, the Manufacture decided to mark the 50th anniversary of the El Primero caliber by bringing it to life in the form of a 50-piece limited edition called the A384 Revival Lupin the Third Edition. It is presented in a special case with a counter-box decorated with a mosaic of images from the series. 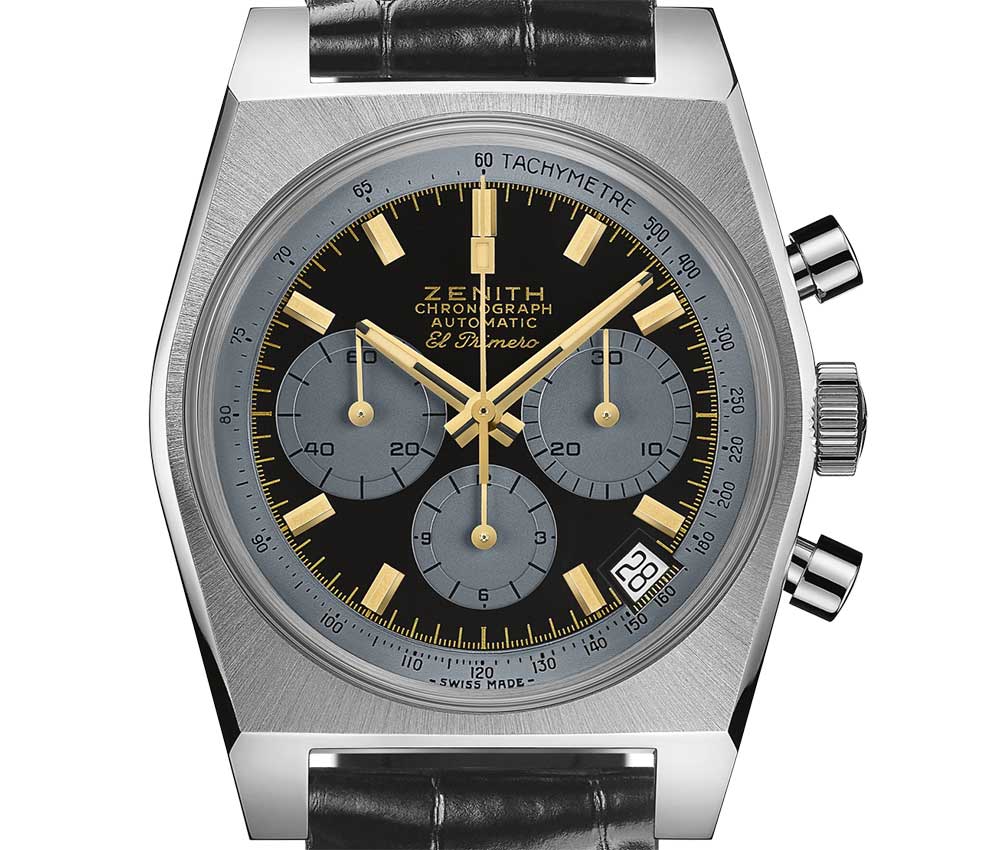 The time information and the date at 4:30 am are powered by the El Primero 400 caliber with a rate of 36,000 vibrations per hour. The self-winding movement ensures a 50-hour autonomy. Its oscillating weight with a Côtes de Genève finish is revealed through the sapphire crystal caseback on which the silhouette of Daisuke Jigen is drawn.