The Millenary watch by Audemars Piguet is built on different levels, modestly unveiling its mechanical core and bringing the Milanese mesh and Florentine finish into the collection

Although less well known than its sister watches, the Royal Oak and Royal Oak Offshore, the Millenary has nonetheless enjoyed great success with a clientele interested in its mechanism and above all its atypical design. This model made by Audemars Piguet was born in 1995 and attracts the eye with the oval shape of the case and the architecture of the dial. The dial, in fact, is made on different levels, unveiling part of its mechanism while giving it a unique three-dimensional aspect. 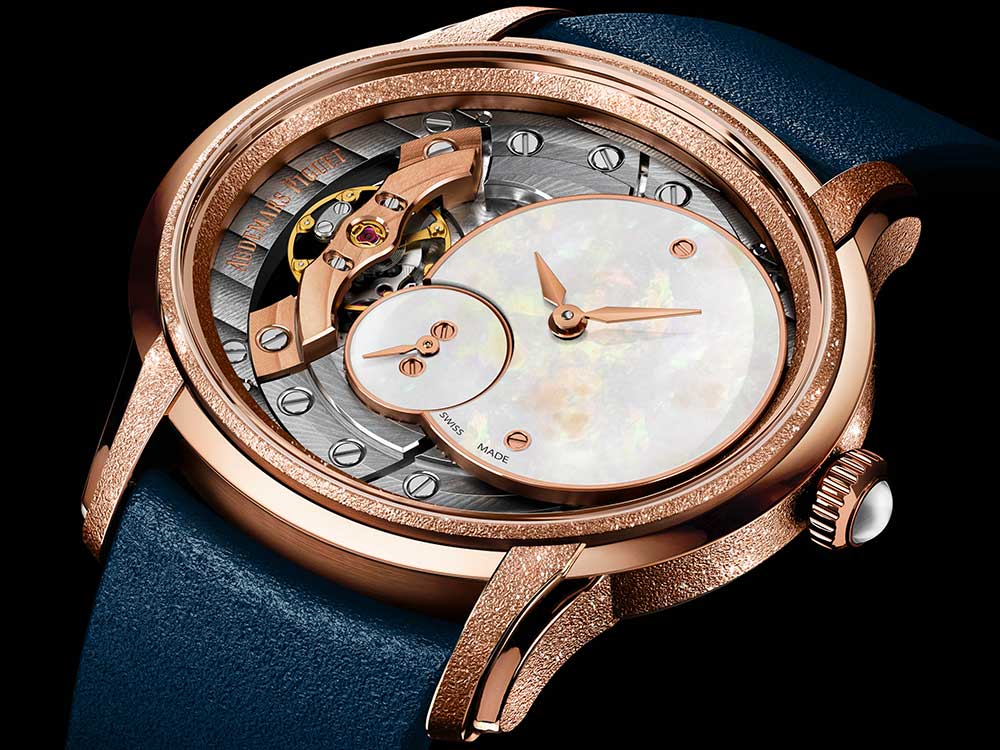 In 2015, the collection expanded with the introduction of several pieces, including two models made of white gold and pink gold with a bezel and horns set with diamonds. The precious stones highlighting the rim of the case, measuring some 40mm in diameter, accentuate the curve and the brilliance of the two white mother-of-pearl dials displaying the hours and minutes (off-set at 3 o’clock) and the running seconds (at 6 o’clock). For 2018, the pair have been given two straps made of white or pink gold and Milanese mesh, as soft as silk.

The real novelty in the Millenary collection this year, however, is to be seen in the opal – a fine stone with iridescent reflections – on the double dial and the technique of hammering known as Florentine finish – present in the Royal Oak family since 2016 – on its white gold case. As in the above-mentioned models, the hours and minutes are shown with two pink-gold lancine-shaped hands on a large opal disc without indices; a second, smaller disc, also carved from this iridescent mineral, displays the seconds.

All three Audemars Piguet timepieces are driven by the calibre 5201, running at a gentle frequency of 3Hz (21,600 vibrations an hour) and with a power reserve of 49 hours.