THE SUN HAS AN APPOINTMENT WITH THE MOON

The magic of Cartier’s mystery display provides a fascinating scene for a virtuoso ballet between the sun and the moon. Your nights will be as wonderful as your days.

Cartier has placed its mystery movement at the heart of a new men’s watch introduced before the Salon International de la Haute Horlogerie in Geneva. So, for the first time, the brand has brought together its mystery display with an original day/night indication. The two complications were born the same year, in 1912, and were originally clocks with pendulums, the Model A and the “comet” and “planet”. In the Rotonde de Cartier Mysterious Day & Night, the stylised sun and moon set out on an impossible chase. The stars show the times of day and night on the upper part of the dial. This heavenly temporal round is set off by some exemplary finishes. A radiant guilloché pattern alternates with a sunburst satin decoration. The progress of the minutes is shown with a retrograde display in the lower half of the watch. The model also features some of the Parisian brand’s distinctive signs, including a blue sapphire cabochon crown and the now secret signature, displayed in the VIII on the dial. 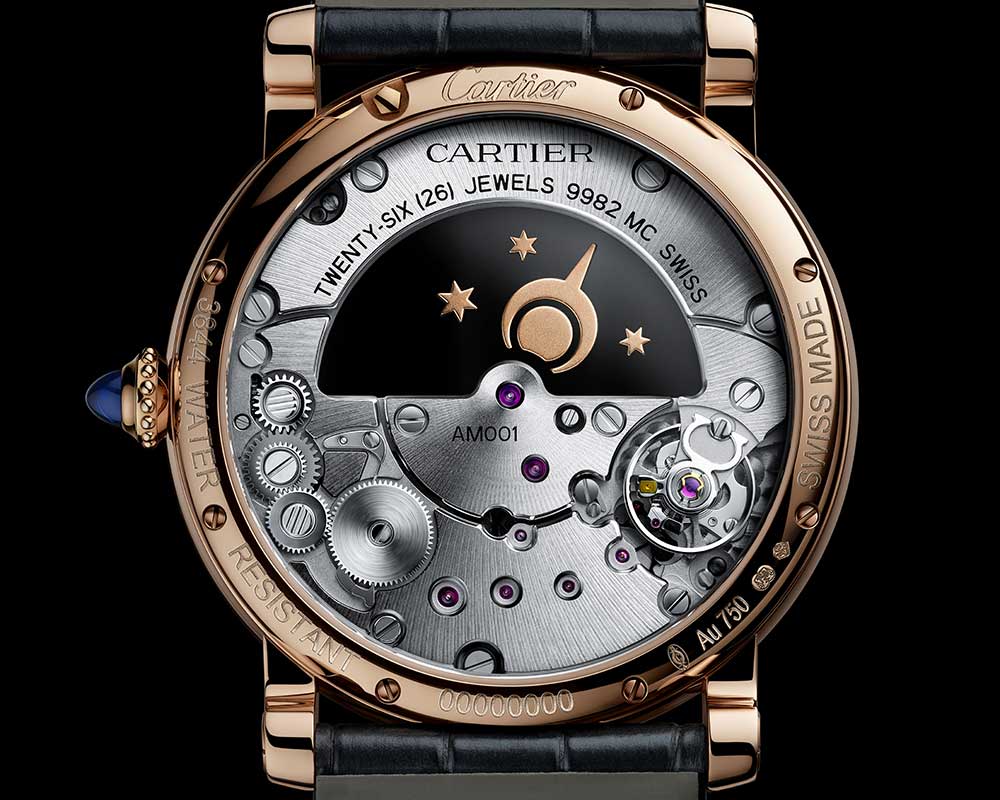 This refined piece comes with a grey alligator leather strap with a pink gold folding clasp. And for those who prefer a silvery tone, Cartier has also released a grey gold model.