PUT PEDAL TO THE METAL!

The new limited edition timepiece from Oris celebrates three anniversaries: 40 years of Williams Racing, 14 years of its partnership with the British team and 47 years of the Chronoris model.

There are three milestone dates to remember about Oris and its involvement in the world of motor racing: 1970, 1977 and 2003. The first is when the first Chronoris model launched. The second is when Frank Williams (born in 1942) co-founded the British motor racing team Williams Racing that’s celebrating its 40th anniversary. The third and final date is when Williams formed a partnership with Oris. Put them all together and these three anniversaries give you a new limited edition watch (1000 available): Williams 40th Anniversary Chronoris Limited Edition. 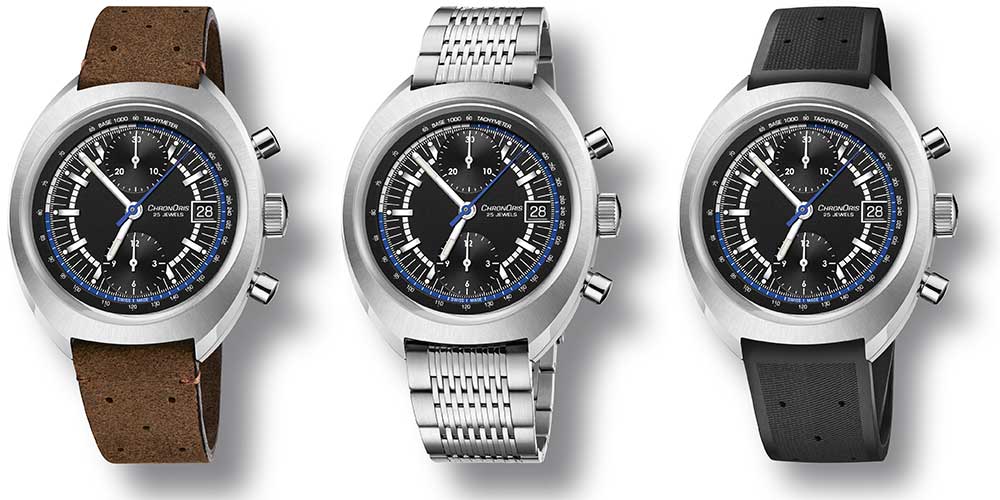 The new timepiece has the same quirky Chronoris case dating from 1970 with a round 40mm case whose shafts and lugs fuse together to blend into the strap making the watch look oval. Unlike its big brother though, the Williams 40th Anniversary Chronoris Limited Edition is fuelled by a self-winding movement: the Oris 673 calibre on an ETA 7750 base.

To epitomise its partnership with Williams Racing, Oris has drawn on the team’s signature blue to adorn the Williams 40th Anniversary Chronoris Limited Edition’s black dial. The vibrant hue coats the white-tipped chronograph seconds hand and three quarters of the tachymeter scale on the chapter ring. The hours and minutes are tracked by a pair of luminescent baton-shape hands in the centre that glide over the applied markers. The chronograph counters lie vertically with the minutes at 12 and hours at 6 whilst the date stands at 3.