Official timekeepers for the Olympic Games since 1932, the brand from Bern has restated its love of sport with a trio of watches inspired by the victory podium made of white, red and yellow gold, symbolising the passion of history’s medal-winners.

It’s true that the Winter Olympic Games in Pyeongchang in South Korea have been over for more than a month. But while the sports event is finished, the victory symbolised by an Olympic medal is eternal. Celebrating history and time, Omega, the official timekeepers for the Olympic Games since 1932, has designed a trio of watches in a fairly traditional style. The Seamaster Olympic Games Gold Collection borrows the colours of the metals used to make the gold, silver and bronze medals. But they have been replaced by three tones of gold – yellow, SednaTM (red gold made exclusively from an alloy for Omega) and CanopusTM (white gold also developed specifically for the brand from Bienne). 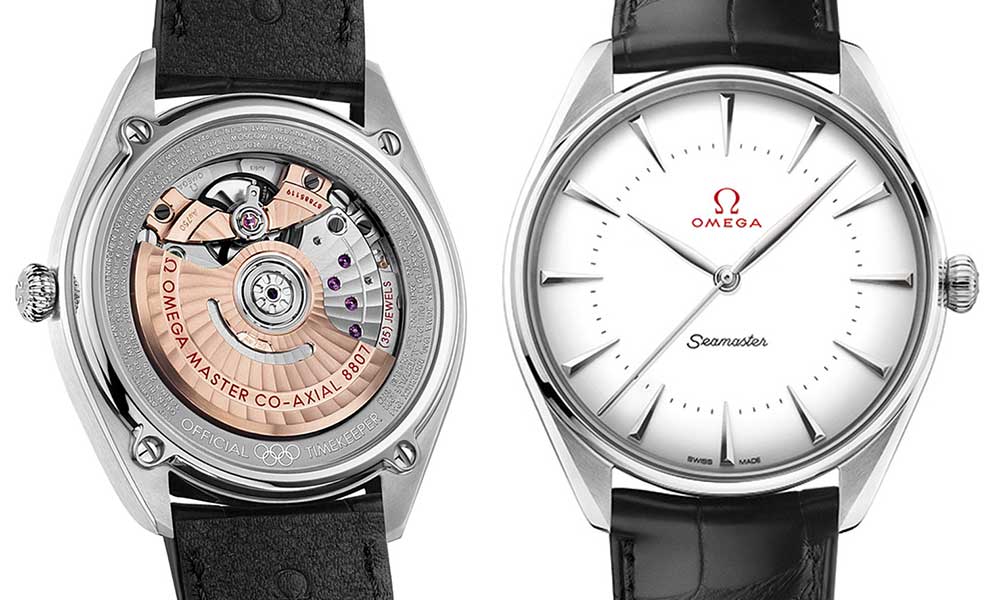 This watchmaking podium features a 39.5mm-wide case, a standard size that is both ideal and timeless. It houses the calibre Master Chronometer 8807, a small-sized automatic movement with a co-axial escapement and the METAS certification, and providing 55 hours of autonomy. The mechanism driving the hour, minute and second functions can be seen at work through a screwed caseback equipped with a sapphire crystal window and a ring featuring the names of the cities and dates of the Olympic Games where Omega has been and will be present from 1932 to 2028.

The off-white enamel dial on the Seamaster Olympic Games Gold Collection contains faceted triangular hour markers and leaf-shaped hands, all made of gold. The discreet minute track between the hour markers and the Seamaster name are made of black enamel. And at 12 o’clock is the vintage Omega logo, painted red.