FLYING ABOVE THE MOON

The rugged surface of the moon is displayed on the dial and back of this new Speedmaster, as seen in close up by the three American astronauts on the famous Apollo 8 mission.

On 21 December 1968, almost half a century ago, the three men in the Apollo 8 mission took off towards the moon as part of the NASA space programme, launched during the presidency of John F. Kennedy (1917-1963). This trip into the depths of space, outside the earth’s orbit, led to the American astronauts orbiting the moon, seeing our planet in its totality for the very first time and observing the famous “Dark Side of the Moon”, the name given to the Speedmaster collection by Omega. 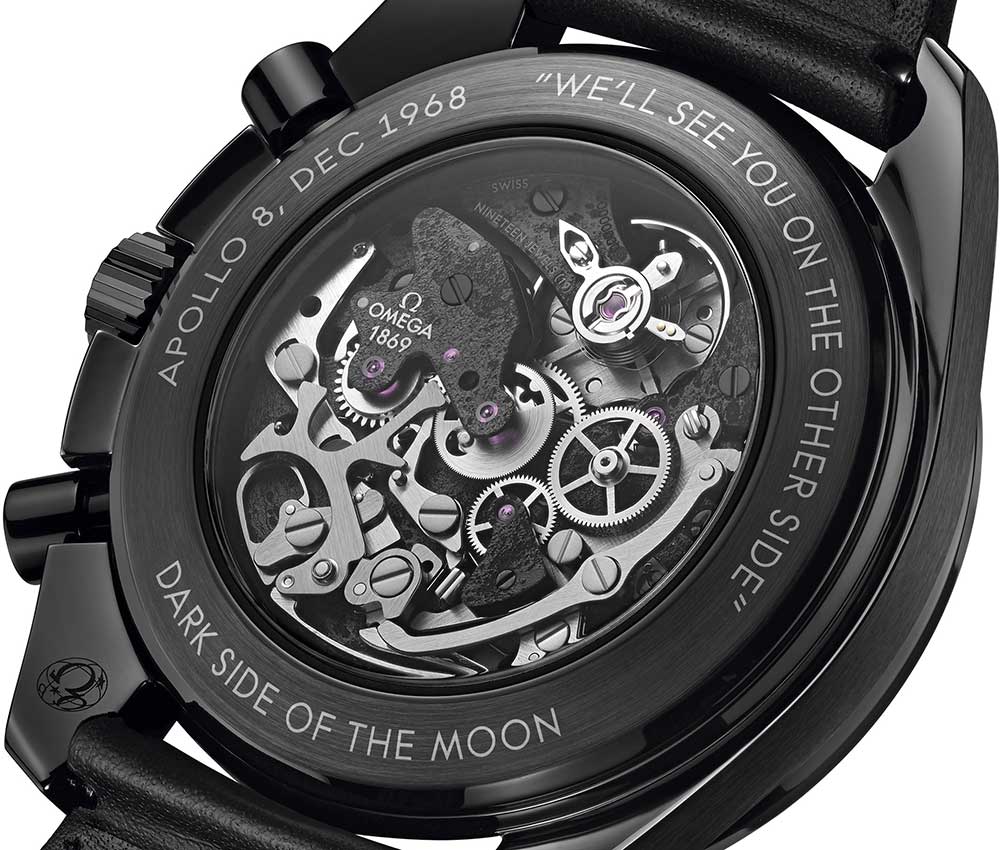 On the case back with its sapphire glass cover are a number of inscriptions, including the famous words of Jim Lovell (1928), the command module pilot, just before going behind the moon and temporarily losing contact with the Earth: “We’ll see you on the other side”.