While its profile draws inspiration from its predecessor which reached the moon 50 years ago, the dial now has the shimmering silver of the night sky. In such a special year for Omega and also for mankind, the Speedmaster Moonphase is made of platinum and precious stones.

Although the moon stopped being the target of space exploration on July 21, 1969 when the Apollo 11 mission module landed on the moon and Man took the first steps on its gray surface, its poetic symbolism and temporal reference still remain. In addition to the influence it has on our planet, its multitude of faces in particular make it possible to set our calendars. In such a special year for the collection which is celebrating the 50th anniversary of the Apollo 11 mission, Omega is offering a precious version of its Speedmaster Moonphase. 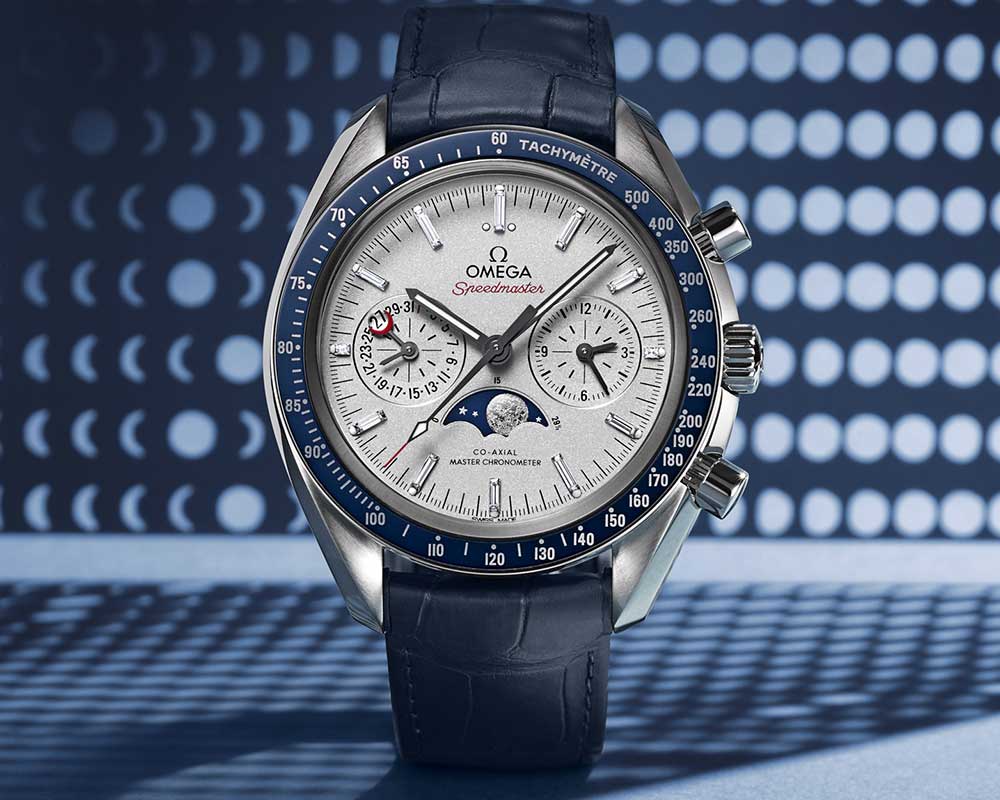