A CONCENTRATION OF TECHNOLOGY

With its new chronograph, Zenith has made the only standard watch on the market with precision to 1/100th of a second.

To stay at the timekeeping summit, Zenith has redefined its precision level with a high-tech, high-frequency calibre running at 50Hz. Nothing less was expected from the watchmakers with 2,333 timekeeping records! The result? The Defy El Primero 21 Titanium chronograph measures time to 1/100th of a second. To achieve this result, the watchmaker has developed a completely new calibre equipped with a double-chain architecture featuring two carbon-alloy regulators. One escapement running at 36,000 vibrations an hour is used to drive the watch. A second controls the heartbeat of the chronograph at… 360,000 vibrations an hour. A spiral made from carbon nanotubes guarantees that the mechanism is unaffected by magnetic fields. 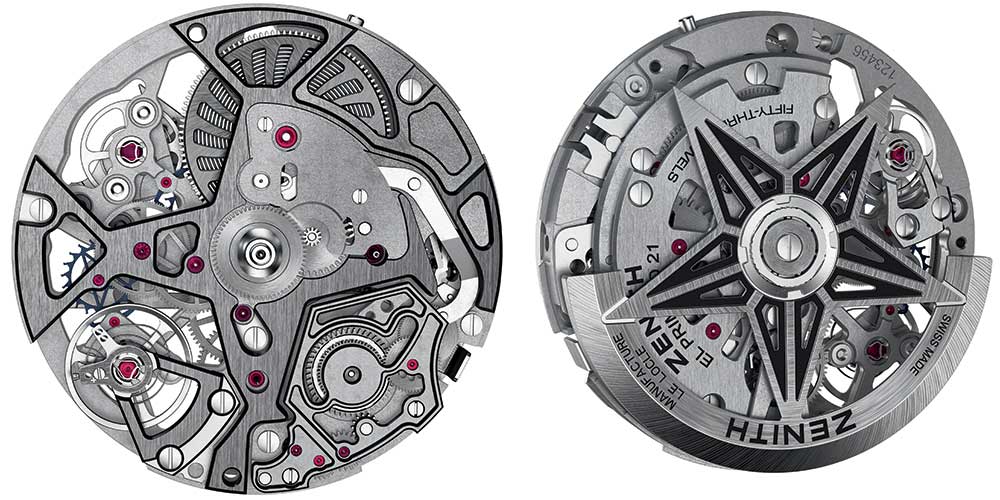 The design on the 44mm-wide titanium case is inspired by the El Primero models from the 1970s. While the skeleton dial provides a contemporary face, the presence of the starred second hand, and the blue and anthracite grey counters mean that the Defy El Primero 21 Titanium is a worthy descendant of the mythical chronograph from 1969.